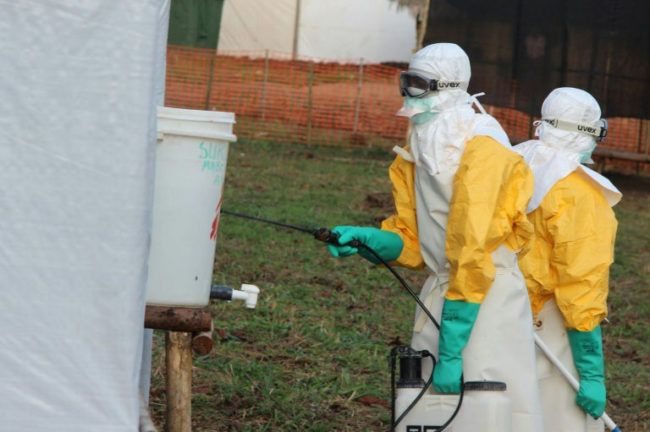 No fewer than 200 people have been confirmed killed following the latest outbreak of Ebola in the Democratic Republic of Congo, according to health officials.

Fifty per cent of the victims are from Beni, a city of 800,000 in the North Kivu region, according to health officials.

The state of insecurity of is believed to be the major challenge in the efforts to efficiently tackle the current epidemic.

This is in view of the harassment faced by medical teams, the Minister of Health, Oly Ilunga, said.

A vaccination programme has so far inoculated about 25,000 people.

In September, vaccinations were suspended in Beni when a rebel group launched an attack that lasted several hours.

Congo has suffered from years of civil war and political upheaval.

The current outbreak of Ebola, which began in July, is the 10th to hit the country since 1976.

The virus is spread via small amounts of bodily fluid and infection often proves fatal.

In its latest update, the health ministry said 291 cases had been confirmed and 201 deaths had been recorded.

UN peacekeepers in the country have called on armed groups not to hinder medical workers fighting the disease.

Mr Ilunga said, on Friday, that teams had faced “threats, physical assaults, repeated destruction of their equipment and kidnapping”.

“Two of our colleagues in the Rapid Response Medical Unit have even lost their lives in an attack,” he added.