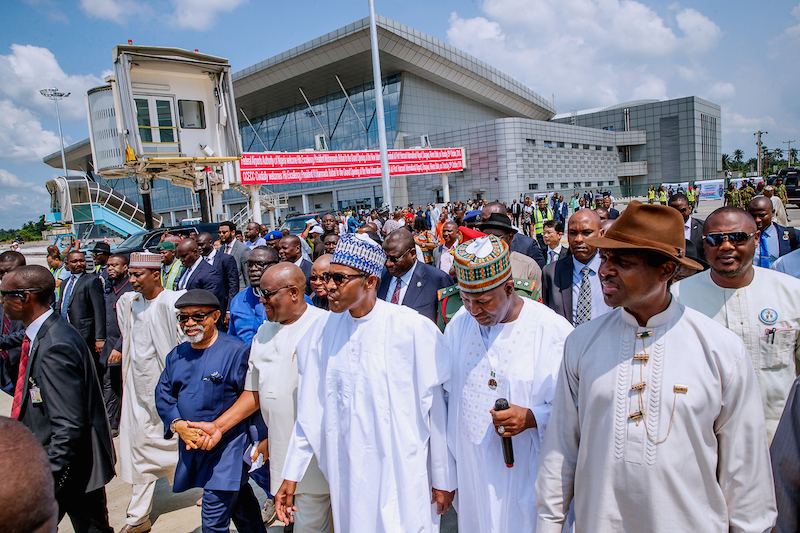 President Muhammadu Buhari, on Thursday, explained that the reason for the removal of Value Added Tax (VAT) from domestic air travels by the Federal Government was to reduce air fares.

That, according to him, was to enable speedy movement of more people and increase business activities that would boost the economy.

The president gave the explanation on Thursday while speaking at the commissioning of the new terminal of Port Harcourt International Airport Omagwa.

The president added that with the reduction in the air fare, there would be increase in the level of patronage at the airport, thus bringing in more money to the government.

Buhari added that the government also resolved to improve on the condition of the airport in order to make sure that the terminals met the minimum international standards for those travelling.

Said he:  “I am very pleased to formally commission the new International Terminal of the Port Harcourt airport, Omagwa, today. This ceremony represents a significant landmark for international air travellers, particularly from the South-South region and the entire country.

“You will recall that after opening the major airport terminals in the country in the late 70s and early 80s, not much was added to increase the passenger handling capacity of these facilities by successive administrations.

The president added:  “The Federal Government responded to a global trend in which aviation became a catalyst for economic growth as a result of massive and speedy movement of persons, goods and services in a safe and secure manner.

“As part of the infrastructure renewal programme, the construction of four new international terminals at Abuja, Lagos, Port Harcourt and Kano airports was embarked upon by the Federal Government with a view to modernising the aging airport infrastructure to meet global aviation standards and improved service delivery in tandem with best international practices.’’