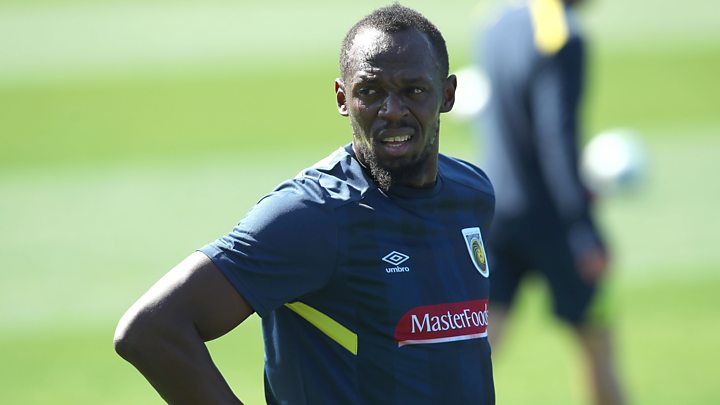 The owner of Australian football club, Central Coast Mariners, Mike Charlesworth, has described the eight-week trial of Usain Bolt as a success.

He made the remark as the trial of the Jamaican eight-time Olympic sprint champion, came to an end as a result of inability to reach a commercial deal with promising potential partners, the British Broadcasting Corporation, BBC, reports.

The 32 years joined the A-League side for an “indefinite training period” in August.

The trial, however, could not be continued owing to the inability to get a “commercial solution” to keep Bolt at the club.

The club had made a contract proposal broken down into “football” and “commercial” terms.

However, it hinged on a contribution from a “third party.”

No deal could however be reached with the “several promising potential partners.”

Speaking over the end of the trial, Charlesworth thanked Bolt for the trial.

“He integrated very well into the team and made great strides as a footballer,” he said.

Bolt was also grateful for the opportunity, saying:  “I would like to thank the Central Coast Mariners owners, management, staff, players and fans for making me feel so welcome during my time there.”

Bolt retired from athletics in 2017.