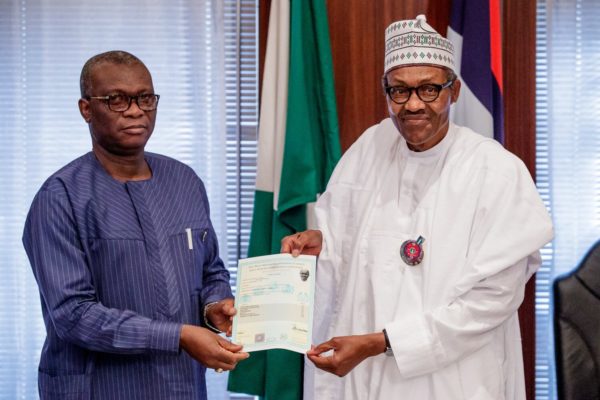 The Coalition of United Political Parties, CUPP, has accused the West African Examination Council, WAEC, of yielding to pressure to issue a certificate to President Muhammad Buhari.

CUPP, a group of opposition political parties united to ensure the ousting of the president in the 2019 election,  said the situation surrounding the issuance of the certificate was suspicious.

The spokesperson, on Friday, said WAEC only yielded to “high level pressure to issue out the document which is suspicious and aimed at misleading Nigerians and the court to believe President Buhari sat for the exam when in the actual sense he did not, as there is no evidence to support the assertion.”

“Let Nigerians be reminded that a few days ago, the opposition raised the alarm that there was an ongoing move to tamper with the records of WAEC and pressure the leadership into manufacturing a result for President Buhari.

“Today’s action of WAEC has vindicated our earlier fears and confirmed our stand that WAEC is now competing with Oluwole Market in manufacturing documents,” he added.

WAEC, on Friday, presented an attestation certificate and confirmation of school certificate result to President Buhari.

The event was held at the Presidential Villa in Abuja.

The Registrar of WAEC, Dr. Iyi Uwadiae, made the presentation of the document to the president.

Uwadiae and some senior officials of WAEC, carried out the function.

Present at the occasion were the Secretary to the Government of the Federation, Mr. Boss Mustapha; the Minister of Education, Adamu Adamu and other aides of the president.

WAEC certificate of the president has been a source of controversy because he had been unable to present it to the Independent National Electoral Commission as one intending to contest for the post of the president in 2019.

As it was the case in 2014, he told the electoral body that the certificate was in the custody of the military, as it was collected when he joined.

The leading opposition party, Peoples Democratic Party, PDP, has threatened to go to court over the matter.

The party advised the president to be honourable by telling the world if he did not have it, and allow those qualified to contest for the election.