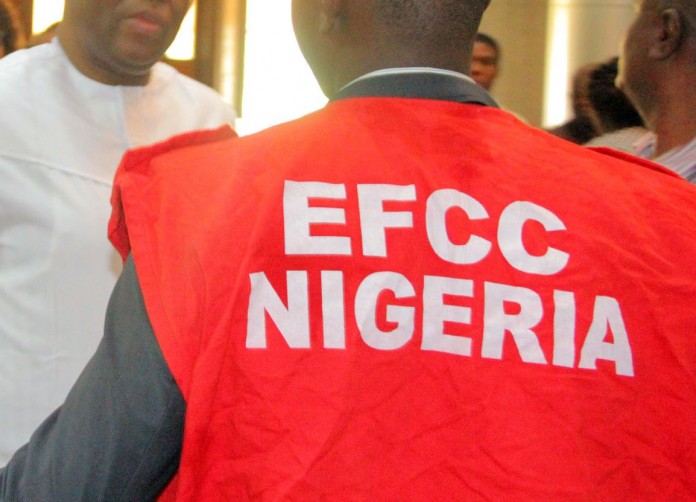 The men, according to the EFCC, hid the money in two suitcases.

They will soon be prosecuted, according to Mr. Tony Orilade, spokesman of the EFCC.

According to a statement EFCC, the suspects are Ighoh Augustine and Ezekwe Emmanuel, who said they were workers of Bankers Warehouse.

They were about to board an Arik Air flight to Lagos when they arrested at the departure lounge of the airport on Thursday.

The EFCC stated that the men had confessed to have been in the business for about six years.

They were said to have been doing the business of conveying cash for some notable banks.

They said they were in the process of carrying out the job for Union Bank Plc, New Market, Onitsha, Anambra State, when they were arrested.

It would be recalled that the EFCC, last month, arrested a Lebanese, Abbas Lakis, over alleged case of money laundering.

Lakis who was arrested at the Nnamdi Azikiwe International Airport, Abuja, was reported to be in possession of a huge sum of money.

He was travelling to Lebanon in Egypt Airline from Malam Aminu Kano Airport.