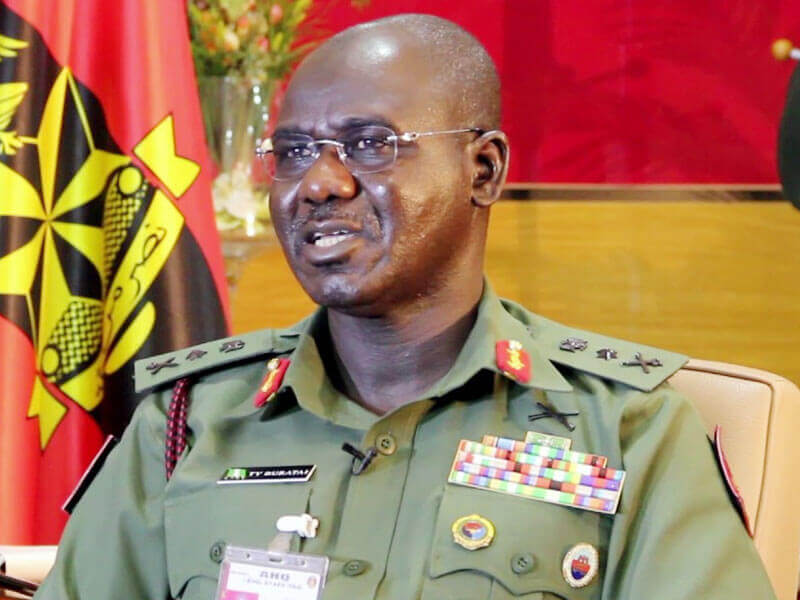 The Nigerian troops have been charged to redouble their efforts in the fight against the terrorist group, Boko Haram.

To do this, they have been directed to be proactive by taking the war to the terrorists and flushing them out.

This was made known in a statement issued by the Deputy Director, Public Relations, 7 Division, Nigerian Army, Ado Isa.

He said Acting General Officer Commanding (GOC) 7 Division Nigerian Army and Commander Sector 1 Operation Lafiya Dole Brigadier General Abdulmalik Bulama Biu made the call to the troops saying they should renew their vigour, gallantry and doggedness in the fight against insurgency.

General Usman stated that the motor bikes would boost the fighting capacity and morale of the troops in the fight against Boko Harram Terrorists and Insurgency within the theatre of Operation Lafiya Dole especially around the Chibok general area.

He emphasized that with the creation of the Special Motorcycle Section the troops would be able to chase the terrorist completely out of their enclaves.

He further urged the troops to intensify the conduct of clearance and confidence building patrol within their Area of Responsibility which include Mbalala, Peyeso, Gatamarwa, Gogomdi, Shawa and Kwada amongst others.

That he said, would deny the insurgents freedom of movements and operations.

Receiving the motorcycles on behalf of the Bn, the Commanding Officer (CO), Lieutenant Colonel Abdulrahaman Bello, commended the effort of the Nigerian Army (NA), especially the Chief of Army Staff (COAS) for approving the creation of the outfit which he said had boosted the fighting spirit of his troops.

Colonel Bello assured the Leadership of the Nigerian Army of his Bn’s readiness and commitment in the fight against insurgency and promised that the motorcycles would be deployed as appropriate to chase the terrorists out of their enclaves and neutralised them as well.

Highlight of the ceremony included commissioning of the Special Motorcycle Section and demonstrations by troops of 117 Task Force Battalion to the admiration of the Brigade Commander and his staff officers.

Present at the occasion were the Chief of Staff and other Principal Staff Officers of the Brigade.