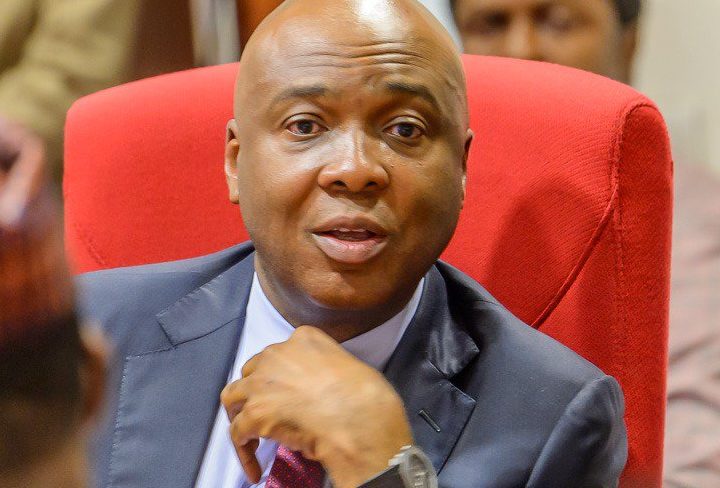 Senate President, Bukola Saraki, will on Monday lead a delegation to Sokoto to commiserate with the family of the late former president, Alhaji Shehu Shagari.

The delegation will also commiserate with the government and people of Sokoto State.

Shagari died on Friday in Abuja at the age of 93.

In a statement in Ilorin today on Saturday, Saraki’s Special Adviser on Media and Publicity, Yusuph Olaniyonu, stated that Saraki saw the death of the nationalist and the last of the Nigerian titans who directed the affairs of the country in its teething days in the First and Second Republics as a national loss.

“The Senate President will be at the head of a delegation that will visit Sokoto not only to commiserate with the family of the late nationalist but with the people of Sokoto State and the entire country because late Alhaji Shagari represented so many good pages in the history book of our dear country.

“At the most critical times in the life of the nation, Alhaji Shagari was there as part of the group directing the affairs. He was part of the people who won independence from the colonialists, proved that Nigerians could direct the affairs of their country, saved Nigeria from disintegration when the unity of the country was threatened and was the pioneer elected President of Nigeria when the nation first experimented with the presidential system of government.

“Even in his retirement from politics, he silently worked for the unity and progress of Nigeria. Alhaji Shagari was a genuine democrat. He had been a stabilising factor in Nigeria. He deserves a special honour from all Nigerians. Both the Federal and Sokoto State Governments should name befitting monuments in his honour,” Saraki stated.