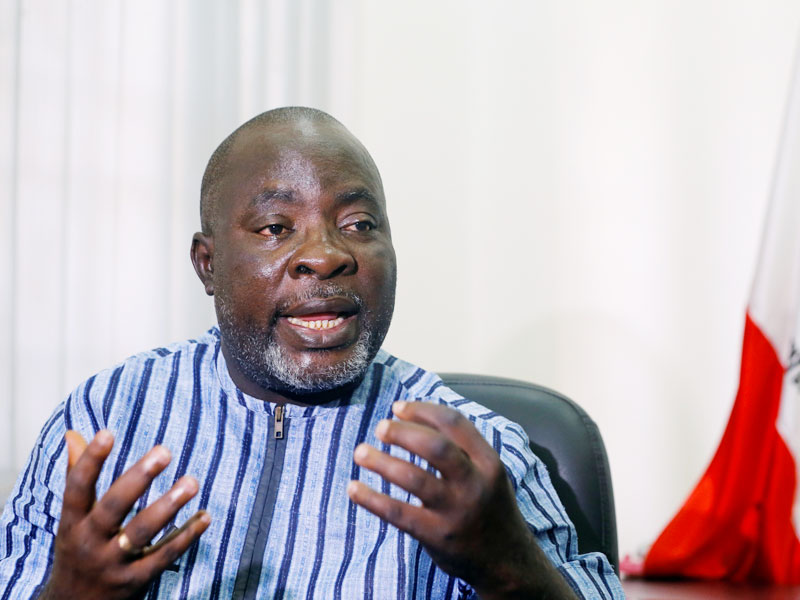 The Peoples Democratic Party, PDP, has described as illegal, the swearing in of members of the election petition tribunal by Acting Chief Justice of Nigeria, Adamu Mohammed.

The party said going by the constitution of the country, Walter Onnoghen remained the CJN and only he could perform that function.

The position of the party is contained in a statement issued by its National Publicity Secretary, Mr. Kola Ologbondiyan, on Saturday.

The PDP said it was unfortunate that Mohammed allowed himself to be used to desecrate the judiciary.

He was therefore told to resign saying that was the best option for him.

“The PDP reminds Justice Tanko of his membership of the panel set up by the National Judicial Council (NJC), which on March 14, 2018, forced Justice Obisike Orji to quit the bench and go on a compulsory retirement, for allowing himself to be sworn in as the Acting Chief Judge of Abia State without the statutory recommendation of the NJC.

“From Justice Tanko’s first illegal assignment, which is the swearing-in of election tribunal Justices for the forthcoming elections, Nigerians can now see the raison d’etre for his illegal appointment. This action is in itself a nullity and we caution the said justices to be reminded of the popular maxim that something cannot be built on nothing.

“Nigerians can recall that the PDP had always alerted that President Buhari is bent on removing Justice Onnoghen so as to replace him with a pliable CJN that would help him uphold his rigging plots and achieve his self-succession bid, having realised that he cannot win in any free and fair electoral contest,” said the PDP.

The party invited the world to note that when Nigerians were in the trenches for democracy, General Muhammadu Buhari, as he was then known, was in cahoots with the last dictator against the will the people.

It argued that it was therefore not strange that today, President Buhari, once again, wanted to subdue democracy and subvert the rule of law.

“However, the PDP wants President Buhari to know that Nigerians, irrespective of tribe, creed or political leaning, will never allow anybody, no matter how highly placed, to push our nation to the abyss of anarchy,” the party warned.