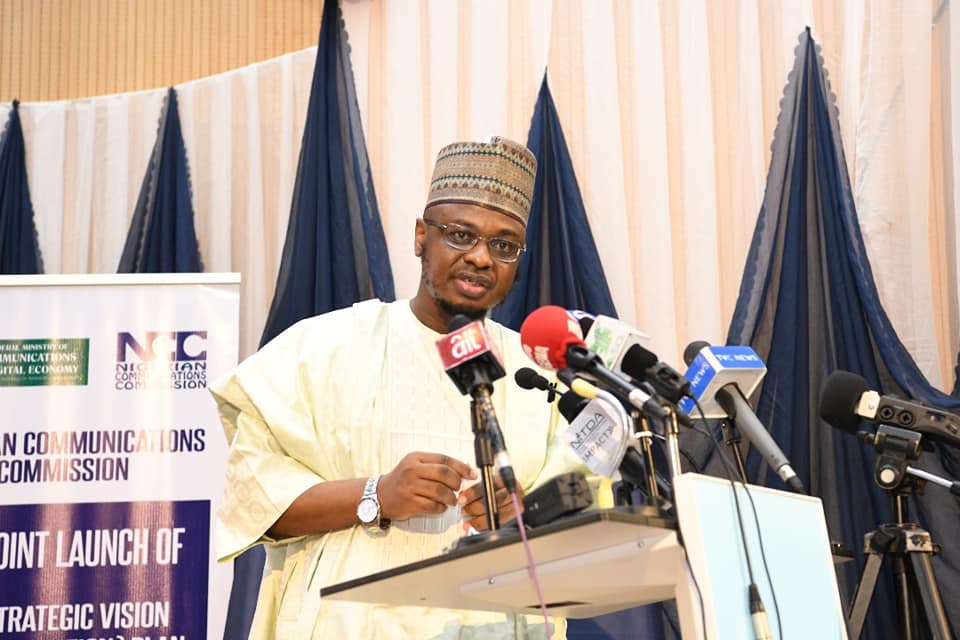 The Minister of Communications and Digital Economy, Prof. Isa Ali Ibrahim Pantami, Thursday, in Abuja, told a gathering designed for state governors that the potentials of broadband were so enormous that if made available for their citizens, would be the best gift for their economic emancipation.

Pantami told the state governors and their representatives and other industry stakeholders at the maiden edition of Broadband Technical Awareness Forum for Governors, BTAF, organised by the Nigerian Communications Commission, NCC, where Governor of Edo State, Mr. Godwin Obaseki, gave an impressive report card about what he had already achieved with Information and Communication Technology, ICT, in the education sector, and many other sectors of the Edo State economy.

Pantami stated that greater support and collaboration would be required from the state governors towards addressing challenges to broadband infrastructure deployment by the telecom companies, which were expected to deploy required infrastructure to provide broadband services in all nooks and crannies of Nigeria.

“This is because, more than ever before, our security, economic and educational development rely on having state-based broadband structure and framework that will articulate the key targets in the Nigerian National Broadband Plan (NNBP) 2020-2025, and this is the essence of this forum today,” he said.

According to the minister, access to broadband is globally recognized today as a necessity and not luxury and that explains federal government’s decision to develop broadband plans aimed at deepening in-country connectivity to enhance socio-economic development.

The minister who established correlates between broadband penetration and growth of Gross Domestic Product, GDP, stated that countries with high density of broadband network had higher GDP per capital for the citizens.

He said the steady growth in broadband penetration over the years in Nigeria was directly reflecting on the economic growth of the country.

Representatives of other state governors also expressed their determination to co-operate more with the Federal Ministry of Communications and Digital Economy, the NCC and other telecoms companies to facilitate deployment of fibre infrastructure which they believe would improve the socio-economic lives of citizens.

Chairman, Board of Commissioners at NCC, Prof. Adeolu Akande, had in his remarks, said Nigeria deserved to be in tune as the world went digital in all spheres.

He said Nigeria could not afford to lag behind in being among the countries leveraging broadband for socio-economic development.

“We recognize the fact that Nigeria is a nation with federating units. Hence, it would be difficult to achieve faster and desired broadband penetration level without effective collaboration with the state governors,” he said.

Akande particularly emphasised the centrality of synergy to tackle all challenges undermining broadband deployment, particularly multiple taxation, right of way (RoW), denial of access to telecoms sites for maintenance, vandalism, insecurity, among others.

The Executive Vice Chairman of NCC, Prof. Umar Danbatta, in his own submission, said the objective of the event was to seek better understanding and rich resolutions to all issues affecting faster broadband deployment.

He reminded participants that, “though we are making gradual progress towards our target, this forum will provide us with deeper insights on how to address identified challenges to broadband deployment.”

At the event attended by over 170 delegates and following discussion at the technical panel session, several resolutions were made towards ensuring accessible, available, and affordable broadband services that will support the overall socio-economic development in the country.

A key decision taken at the forum is the urgent need to establish State Broadband Coordinating Council, as a Sub-National Structure at the state level which is urgently required to enhance the accomplishment of the objectives of the NNBP.