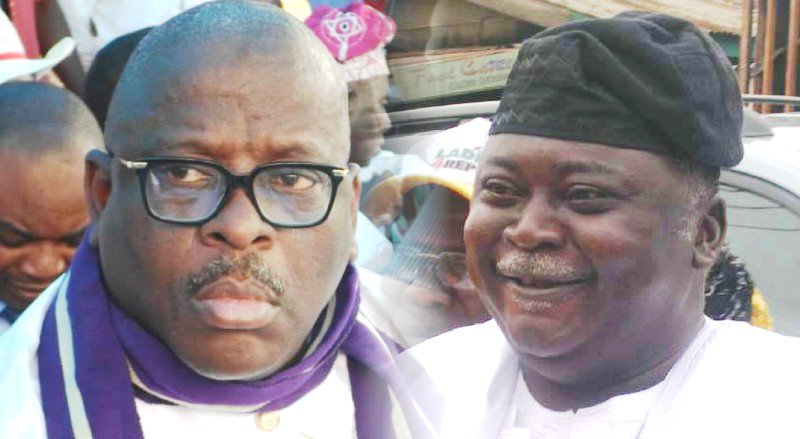 The feud between the two factions of the Peoples Democratic Party, PDP, in Ogun State over who represents the party for the governorship race during the general election may be over.

A faction of the party had chosen the senator representing Ogun East senatorial district, Buruji Kashamu, while the party at the national level submitted the name of Ladi Adebutu as its candidate.

The case has already been taken to court and the Court of Appeal sitting in Ibadan, Oyo State, has reserved judgement.

However, in a statement on Thursday, Kashamu called on his supporters to give Adebutu the needed assistance as the governorship candidate of the party.

He said the move was in the interest of the party.

This is as he called on the reconciliatory committee of the party to do more in ensuring peace.

His statement reads:  “It is true we are in court. But, we are hopeful that the issues will be resolved sooner than later. However, in the overall interest of the party, it is better and wiser for us to work together as members of the same family pending the resolution of the issues in court.

“We may have had our disagreements and issues, and have submitted them to the court for adjudication; yet, we have been talking to one another.

“We reckon that whichever way it goes, the court cannot bring about genuine reconciliation and peace. So, we have resolved to be agents of peace and reconciliation. Let us put aside our ego, prejudices and personal interests, and work together for the Party – in the hope that whoever carries the day will work for the Party, its members and the generality of the people.

“It is in the light of the foregoing that I wish to formally and publicly urge all my leaders, elders and supporters to work with the Lado group within the Ogun State chapter of the PDP ahead of February 16 and March 2, 2019 elections. Irrespective of our differences, we are members of the same family. At the end, it is the party that wins; not any individual or group.”