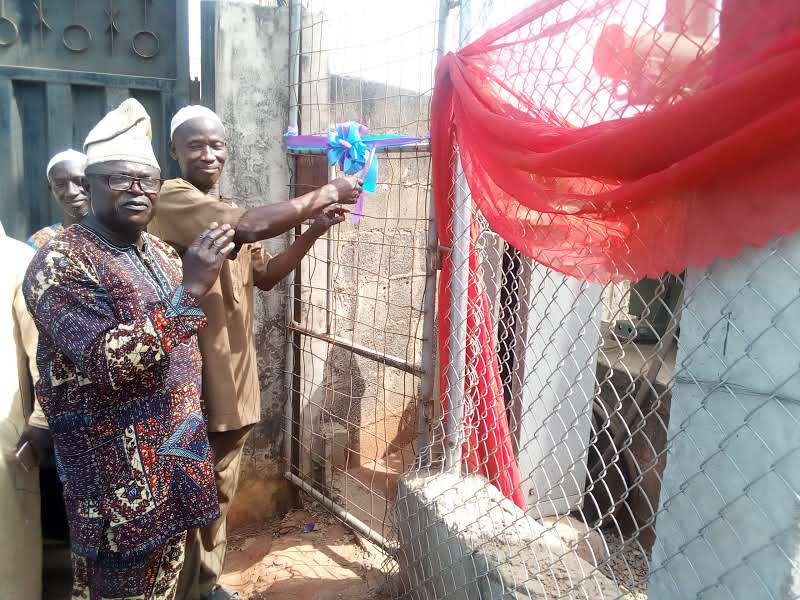 Federal and state governments have been called upon to give adequate support to Community Development Associations, CDA,  in the country to enhance the socio-economic and political development of the country.

He spoke at the commissioning of the 500kva electricity transformer acquired through community efforts.

The transformer was commissioned by the pioneer chairman of Ajumoni community, Mr. Taofeek Olawale.

He was supported by other dignitaries in the community.

In his appeal to the federal and state governments, Mr. Adebayo said if given the needed support, the effects of the activities would be more felt and there would be improvement in the living standard of the people in general.

He implored the governments to come up with good policies and embark on infrastructure development that would open the communities to economic opportunities.

His words:  “In our community, we have always done our best to help ourselves. An example is the acquisition of transformer. It is my belief that given the needed support in terms of good policies and infrastructure development, life will be more meaningful to the people in general.

“My appeal is for the governments, both state and federal, to give adequate support to CDAs to help improve the situation in different communities.”

The Ajumoni Community Estate Development Association chairman also appealed to Ogun State government, particularly, the one that would take up the administration of Ogun State in 2019 to address the issue of bad roads in Ijoko-Lemode area and beyond.

He said it was unfortunate that the Ijoko-Lemode road was abandoned by the present government in Ogun State after promises that it would complete it before leaving office.

He emphasized that the people of the area had gone through so much pains as a result of bad roads.

He said economic activities of the area had been totally damaged while schooling had become a nightmare for children of the area.

“We, the CDA in Ajumoni, appeal to the coming government to help focus on the roads in Ijoko-Lemode in order to make life more meaningful to us.

“We cannot continue to live as though we are in hell.  The government should do something.  It is unfortunate that when politicians need our votes, they appeal to us for support, but when they get there, they abandon us,” he said.