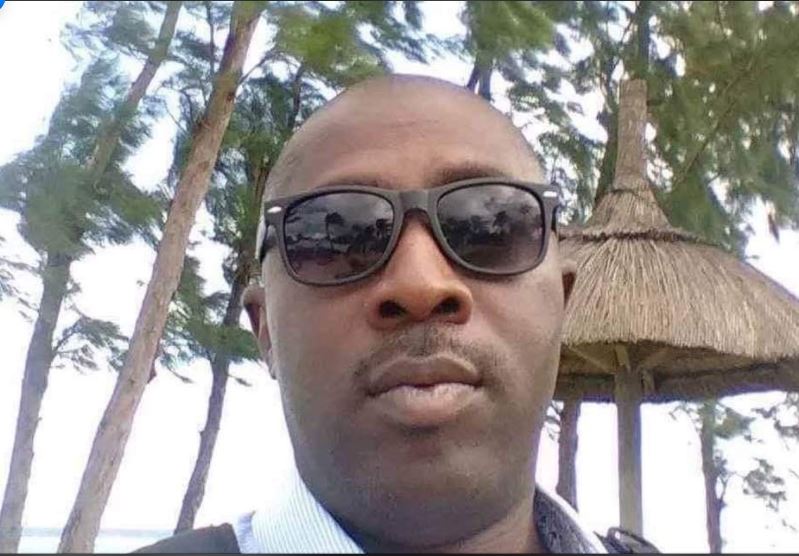 May 3, 2002. That was the first day I met Shina Badaru, then IT Editor of This Day. It was a chance meeting on a flight from Abuja to Lagos. I was returning with Simon Kolawole, then Editor of This Day on Saturday, and Ademola Adegbamigbe, editor of TheNEWS, when we met him on the plane and got introduced to him by Simon. Also on the plane was the late Mr. Dele Agekameh of TELL.

It could have been, with Shina, our first and last meeting as well as last flight. There was something (many things, actually) not right with the aircraft operated by EAS Airlines. The air conditioning studiously refused to work preparatory to take-off, leaving our bodies sticky and faces glistening. That should have sent the alarm bells chiming. A few complaints here and there, but I think passengers thought a remedy would be found-magically-mid-air. A very careless thing to do, I have to say.

We were not comfortable and I was actually scared, a feeling shared with Simon, who found a funny side of things. His take was that aircraft operating in Nigeria were “aeromolues”.

There was more cause for worry when a female passenger kicked off a ruckus about the seat she was allotted at the back of the plane. She was vociferous and rebuffed the cabin crew’s attempt to calm her down as the plane started taxiing. She inspired a male passenger, who also said he was not going to use the seat he had been given for the same reason. Both complained-in howls-of fumes seeping into the cabin, which they said made them uncomfortable.

They got their way and were relocated to seats away from where they felt the discomfort. We were not comfortable and I was actually scared, a feeling shared with Simon, who found a funny side of things. His take was that aircraft operating in Nigeria were “aeromolues”. Adegbamigbe and I laughed because the word briefly deflected our attention from what was a potentially dangerous situation. Before boarding, I bought a copy of World Soccer Magazine at the airport and I wrote the particulars of the plane on it, with the expectation that I was going to write about the plane’s conditions in Behind the News, a titbit column on the back page of the defunct TEMPO Magazine, of which I was editor.

While take-off was issue-free, the air conditioning worked sub-optimally, ensuring that the flight was unpleasurable. We were, at least, grateful that the aircraft had not smashed us into the ground or a body of water. The aircraft, unusually, began throbbing like a shitting dog. Simon said he always believed that he would not die in a plane crash. He seemed confident and was laughing, even. His confidence did not infect me. Neither did it infect Adegbamigbe, who kept speaking in a tone that was not dread-laden but near-sepulchral.

The relief we felt on landing in Lagos was massive. We left for our various homes. Adegbamigbe and I lived in the same house and it was him who knocked on my door the next morning to say there had been a plane crash in Kano. We called Tajudeen Suleiman of the TheNEWS, TEMPO and PM News Kano Bureau for more information. He had heard, but did not have enough goods. He promised to get back to us once he got goods on the crash. I can no longer recall whether or not he was the one that gave Adegbamigbe the particulars of the plane involved in the crash, but immediately he got them, he called to inform me. I joined him downstairs and I told him, as he was showing me the particulars, that it was the plane on which we flew the day before.

He dismissed what I said. I went back upstairs to fetch the copy of World Soccer on which I wrote the particulars (EAS Airlines Flight 4226/BAC One-Eleven 525FT). For minutes, he was slack-jawed. Playing on his mind, of course, was the fact that we could have been gone. He had been married for less than a year, in September 2001, I believe. I think his marriage took place exactly a week before Simon’s.

That would have been some tragedy for the family he was just starting. He informed his wife, sadly now deceased, and you can imagine the scale of her relief, something for which he said was a subject of thanksgiving in church. Justifiably.

More information later revealed that almost 70 people, including Mr. Ishaya Mark Aku, Minister of Sports at the time, had been killed in the crash. I remember writing about my experience on the flight in TEMPO as well as appearing on Funmi Iyanda’s Show on NTA, where I was asked why I did not disembark immediately I noticed that things were wrong with the plane. I do not remember my response, but I suspect that it must have been spectacularly daft. It was a huge gamble taken by the passengers and, of course, EAS Airlines. There is no way I would remain on such a flight today unless I was staring down the barrel of a gun.

I also remember the late accomplished journalist, Mr. Gbolabo Ogunsanwo, writing in the defunct Comet Newspaper that he flew on the same plane a few weeks before and he noticed that something was wrong with it. His view, a valid one, was that the crash spoke to the carelessness of aviation regulatory authorities.  May the souls of the departed continue to rest in peace.  For months, I avoided flying and luckily, had no compelling need to do so. My next flight happened to be on a chartered plane to Accra. It turned out to be one operated by er, er EAS! It came across as a sick joke.

I had no option. As I headed to the airport, I promised myself that I was going to vigorously confront the fear by getting lagered-up. I made good on that promise, doing one bottle of Star Lager after another. The boarding announcement, made way after schedule, came while on the sixth bottle, which I did not finish. I sat down on the plane, believing I was sufficiently anaesthetized by the liquor. I hoped to sleep and know nothing in the event of a crash. Big joke. No such thing happened, as I was kept wide awake by panic till a few minutes before we got to Accra. Just about the time I was dozing off, there was a prepare-for-landing announcement.

I puffed my cheeks in relief, but still retained the feeling that with EAS, something might go awry. Nothing did, thankfully. I conquered my fear of flying, not totally, of course, till 2005 when the Bellview Airlines crash occurred in Lisa, a village in Ogun State. I had gone to Lisa on the day the remains of the victims were to be buried. I doubt if I had witnessed such thickness of grief before then and after.

I saw a young man and his sister, whose dad flew on that plane, weeping as they held a Yoruba cap they said was their father’s. It was the only thing they could find. I also saw a young woman, most likely recently married, being held by friends as they walked to the point where the still smouldering plane wreckage was. Then, there was a woman called Mrs. Adenekan by her friends. On arrival, said she wanted any body part of her husband even if it was just his finger. Her friends chorused “it is well”, to which grief forced her to reply “it is not well”. Her response hit like a tonne of bricks.

A few weeks later, I was asked to go to Yenagoa, Bayelsa State, where the late Diepriye Alamieyeseigha had just returned after fleeing from the British authorities. There must be a better way to earn a living than journalism, I told myself. I flew to Port Harcourt on Chachangi Airlines plane and the images of Lisa troubled me till we landed.

When the plane touched down in Lagos, the man said: “Bros, you get mind o”. I asked why he said so. He replied that his heart thumped all through the flight because he was thinking we could crash and here I was unconcerned and even reading. I had to admit to him that I did not turn the page to which I opened the magazine.

The return trip, also aboard a Chachangi aircraft, was the same, albeit with a splash of drama. I bought a copy of FourFourTwo, a football magazine, at the Port Harcourt Airport. Aboard the plane, I opened to read, but my mind was a whirlpool of Lisa images and a little more. I observed that the passenger next to me stole glances on a regular basis till we landed in Lagos. While he was doing that, I thought he had information that the plane was about to crash and he was pitying me for not knowing. I could not ask because I did not want to come across as a fool.

When the plane touched down in Lagos, the man said: “Bros, you get mind o”. I asked why he said so. He replied that his heart thumped all through the flight because he was thinking we could crash and here I was unconcerned and even reading. I had to admit to him that I did not turn the page to which I opened the magazine. He started laughing, adding that he thought he was the only one crippled by dread on the flight. I have not had anything close to these for a while and I hope I never have. Again. They were mind-scrambling.