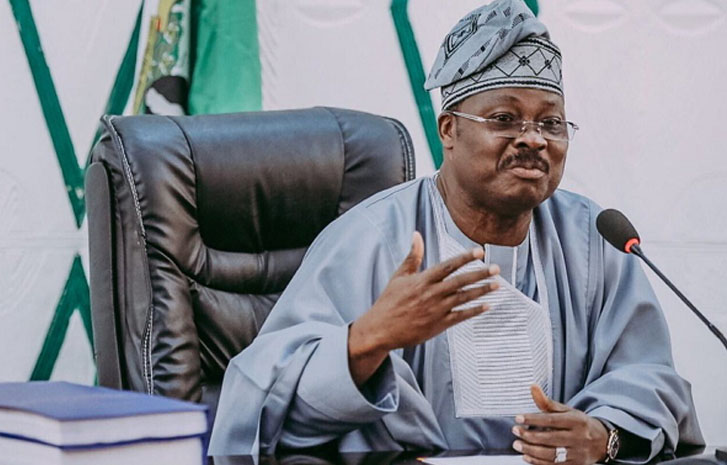 The Government of Oyo State said that it decided to intervene in the ongoing reconstruction of the façade of Music House, owned by popular musician, Yinka Ayefele, as a result of the acknowledgment of contravention of the state building code by the management of the building.

It would be recalled that the building was partially demolished in August 2018, an action which was roundly condemned by many.

The explanation of government’s intervention was given on Sunday in a statement by the Special Adviser to the Governor on Communication and Strategy, Mr Bolaji Tunji.

The government explained that the preparedness of the owner of the building to rectify the contraventions, which would involve the reduction of the frontage fence line by 1.5m, among others, also informed the intervention.

Tunji added that the parking lots at the tail end of the building close to the entrance of Lagelu Estate had also been reduced by 10.9m to allow visibility.

He said in line with the recommendation of the joint committee of the state government and the Music House management, an entrance was being reconstructed from the rear of the building to the staircase housing the ram for the exclusive use of Ayefele.

“There is also the recession of the current façade on the frontage of the building by 2.9m. The new fence will be grill fence to ensure visibility, while a staircase will be built at the basement to access the studio.

“The structural elements in the building will also be strengthened, while the two projections at both ends (stair halls) of the current frontage will be retained,” he said.

Tunji said that the clarification by the government, as well as newspaper reports credited to Ayefele on Sunday where he thanked Ajimobi and stated that the governor had “through this magnanimity helped us to right our wrong and we shall be eternally grateful to him” should lay the matter to rest.

He advised those seeking to rubbish the political capital built by the governor in the past seven years through purposeful governance and unprecedented achievements to look elsewhere.

He added: “Following Mr Ayefele’s admittance of breach of procedures in the construction of the building and his subsequent apologies, as well as intervention of well-meaning members of the public, the governor agreed to temper justice with mercy.

“It is necessary to put it on records that the governor or the state government was not out to witch-hunt the popular musician or anybody, but had acted to safeguard members of the public who daily ply the roads contiguous to the Music House.”