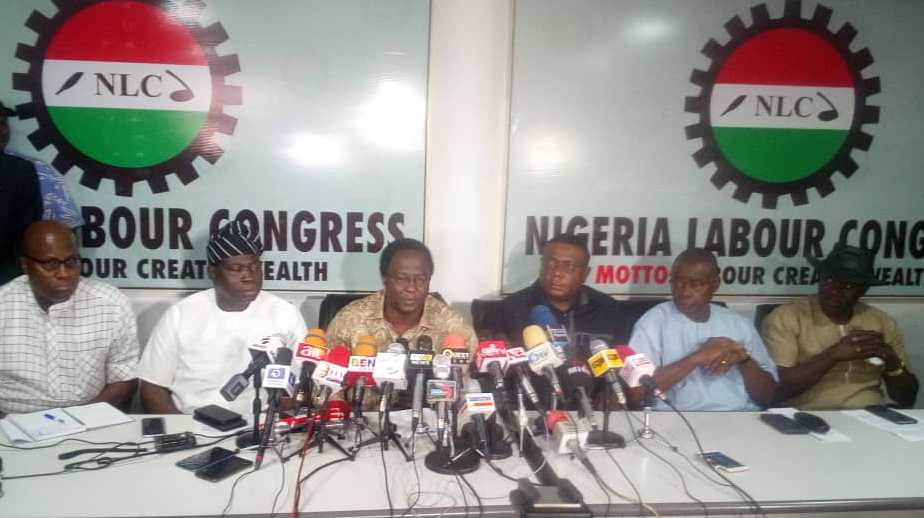 The tripartite committee set up by the Federal Government on the new minimum wage on Monday resolved to send two figures to the National Assembly and the Executive arm of government for consideration.

This, it was gathered, followed the inability to agree on a specific amount.

The figures which would be sent Monday night are N24,000 and N30,000 which the labour unions said was their choice.

The N22,500 which state governors agreed to pay as the new minimum wage was out of the question.

The chairperson of the committee and former Head of Service of the Federation, Ama Pepple, made these known on Monday.

She spoke to journalists at the end of the meeting.

She said the tripartite committee would converge at 10 p.m. for the decision of the government on the new minimum wage.

Pepple also disclosed that the committee appealed to labour not to embark on the indefinite nationwide strike it said it would embark on if the N30,000 was not approved.

The meeting was held in the continued efforts to resolve the crisis over the new minimum wage.

The meeting was begun on Sunday, but the leaders of the labour unions were absent then, stating that they did not get the invitation on time.

The were however at the meeting when it continued on Monday.

Speaking on the meeting earlier, the Secretary to the Government of the Federation, Boss Mustapha, in whose office the meeting was held, said the only outstanding issue that needed to be dealt with was to harmonise the 5th chapter of the report and get the figures in for the purposes of submission to government.

He said President Muhammadu Buhari had emphasised that the concern was not only for the welfare of the workers but also that every other thing should be taken on board as it affects the country’s economy.

“So it is a balance of the welfare of the workforce with the effect of the new minimum wage and the economy,” he had said.

The meeting is coming some hours before the commencement of an indefinite strike which the labour unions had scheduled for Tuesday.

The bone of contention is the refusal of the government to pay the N30,000 said to have been agreed upon at the tripartite meeting as the new minimum wage.

Despite the said agreement, governors of the 36 states of the federation had declared that they could only afford to pay N22,500.

The Federal Government has also got a court order to stop the workers from embarking on the strike it threatened, saying it would negatively affect the economy.

The labour unions are however bent on carrying out the strike.