They were received at the Murtala Muhammed Airport, Cargo Wing by the National Emergency Management Agency, NEMA.

They returnees were assisted back to Nigeria by the International Organisation for Migration, IOM, with the support of European Union, EU, in a special intervention.

They were received by Mr. Ibrahim Farinloye, the Acting Coordinator of NEMA, Lagos Territorial Office, on behalf of the Director General of NEMA, Engr. Mustapha Maihajja.

The returnees who arrived the country aboard Al Buraq Airline landed at about 5:42 a.m.

The returnees are made up of 38 adult females, five female children, 109 adult males, six male children and 10 infants.

The stranded Nigerians returned from Libya so far are now 8,096 males and 5,788 females. 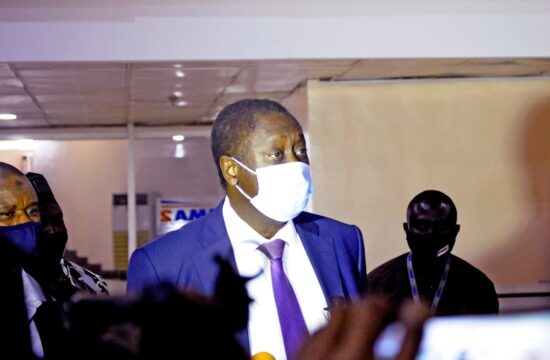