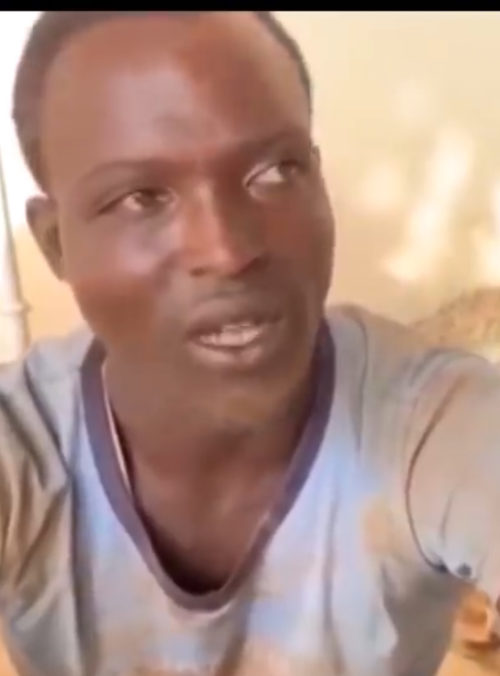 One of the suspects held by the police in connection with the killing of former Chief of Defence Staff, Air Marshal Alex Badeh, gave an account of how he was killed.

Identified as Shuaibu Rabi, he spoke in Hausa in a video.

He said although they were out to snatch the money which Badeh wanted to use to purchase a parcel of land, they ended up killing him as he tried to escape.

He added that they also abducted his friend who was in the car with him and went away with a huge sum of money, the amount he said he had never seen in his life.

His words:  “What happened was that, on a certain day, my elder brother went to a market, where he met with one Churuma. Churuma told him that he got information that an old soldier (Badeh) wanted to buy a parcel of land but would be buying the land in cash.

“He said we would trail the soldier on that day and we would block him and collect the money. So, on that day, when we saw him coming, Churuma signalled to us that it was him. Some of us stayed behind his vehicle in case he would want to reverse while Churuma stayed in front.

“But when he (Badeh) saw Churuma with a gun, he did not do like he wanted to reverse, he attempted to hit Churuma with his car but Churuma dodged to the side and then opened fire on him.

“After that, we opened the car and found a bag of money and went with it. When we opened the bag, the money was beyond what I had ever seen before.”

Badeh was killed by the gunmen on December 18 when he was returning from his farm along Keffi-Abuja Road.

Following the killing of the former chief of defence staff, security agencies went into action and arrested some suspects including Rabi.

There were plans to parade them on Thursday but it had to be shifted.

According to the spokesman of the Nigeria Police Force, Mr. Jimoh Moshood, the parade was postponed so that it would not affect the efforts to arrest others involved in the crime.

Said he:  “It is  significant to note that the presentation of the two suspects and the three other gang members will not come up today so as not to jeopardise the ongoing investigation.”