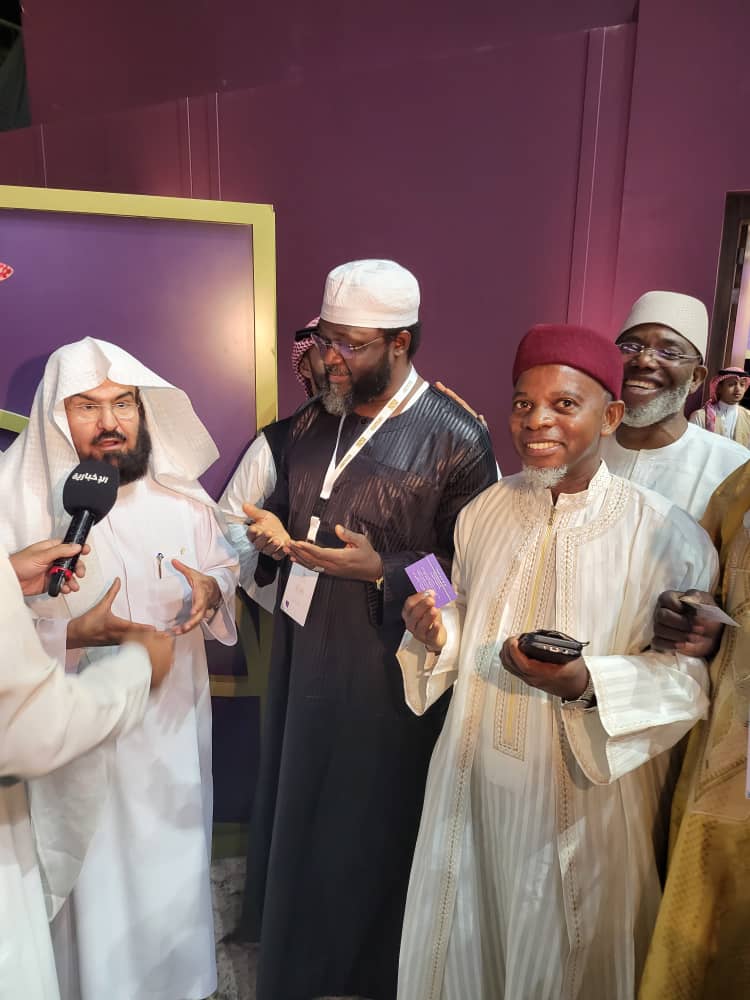 In his bid at ensuring a hitch-free 2023 Hajj exercise, the Chairman/CEO of National Hajj Commission of Nigeria, NAHCON, Alhaji Zikrulah Kunle Hassan, on the sideline met with the Grand Chief Imam of Makkah, Abdul Rahman Ibn Abdul Aziz al-Sudais at the on-going International Hajj exhibition in Jeddah, Saudi Arabia.

The imam offered prayers for Muslims all over the world.

As-Sudais, who was one of the guest speakers at the Hajj expo symposium, commended the Saudi Arabia authorities in designing programmes and events geared towards improving the hajj service every year.

The highly influential spiritual leader, who is one of the nine Imams of the Grand Mosque, Masjid al-Haram in Makkah, Saudi Arabia; offered prayers for peace to the world and with the delegation from Nigeria.

The Imam, who doubles as the President of the General Presidency for the Affairs of the Two Holy Mosques, emphasised the need for peace and unity in the global community.

Earlier, the NAHCON Chairman, Alhaji Zikrullah Hassan, who spoke in Arabic with Imam As-Sudais, introduced members of the delegation from Nigeria to the renowned scholar and a memoriser of the whole Qur’an as well as the winner of  the Dubai International Holy Qur’an Award’s “Islamic Personality Of the Year” in 2005.

Imam As- Sudais, whose unique sonorous recitation of the glorious Qur’an is famous worldwide, then prayed for the Nigerian delegation and other members of the Muslim community globally.

The NAHCON boss also interacted with some Chairmen of Pilgrims Commission from West African sub region as well as some notable Imams and scholars who graced the Hajj expo .

Other highlights of the exhibition include 10 keynote sessions, 13 panels  on Hajj talks, 36 workshops, as well as many events and activities associated with promoting a culture of quality in providing Hajj and Umrah services.

The four-day expo will end on Thursday, January 12.