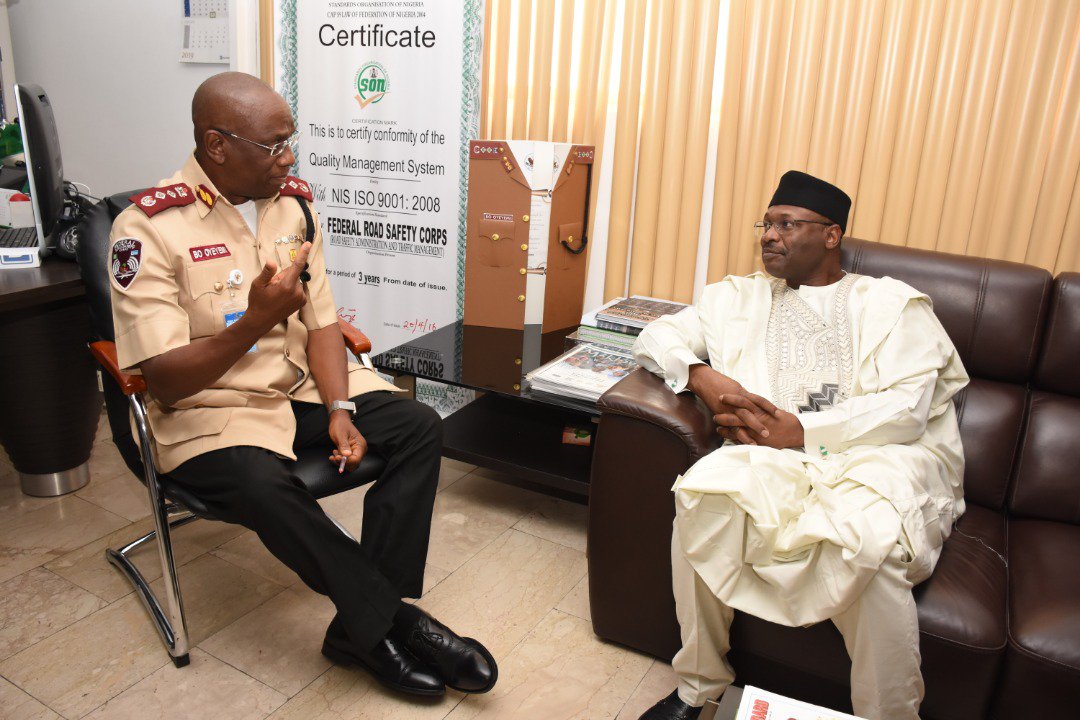 The Chairman of the Independent National Electoral Commission, INEC, Professor Mahmood Yakubu, has spelt out the areas the Federal Roads Safety Commission, FRSC, can be off immense relevance in ensuring the success of the coming general election.

Yakubu spelt out the areas on Thursday in Abuja when he addressed the Commanding Officers of the FRSC.

He was the Guest Speaker at the FRSC Commanding Officers’ Strategy Session held at the FRSC National Headquarters, Abuja.

The INEC boss said FRSC would be very relevant in the area of security, including the screening of the selected drivers that would drive the vehicles to convey the election materials as well as inspection of the vehicles.

He said FRSC would be needed in the deployment of its patrol teams on the election day to guide against violation of restriction order on movement of people and vehicles.

He said besides, they would be needed in providing easy access to vehicles conveying INEC materials, liaising with the Police and other law enforcement agencies for orderly and secured electoral process.

Other areas of relevance, he said, were the utilisation of  its call centre for prompt report of distress messages on election day as well as ensuring free movement of traffic for voters and passage of electoral materials.

Yakubu said on the part of INEC, all necessary measures had been put in place to deliver a free, fair and credible election.

He however said all hands must be on deck to ensure success.

He enumerated the measures so far taken by INEC to ensure the credibility of the electoral process.

These, he said, included authentication of the numbers of the registered voters and political parties, the collation of the total numbers of constituencies nationwide, collation of the positions being contested for at the federal and state levels and the challenges which court cases posed to the Corps, but which were being tackled head-on as well as prompt release of the election timetable since January last year.

The chairman further assured the nation that INEC was very much ready for the forthcoming elections.

The election will commence on February 16, 2019 with the Presidential and National Assembly positions, culminating in gubernatorial and State Houses of Assembly elections in March which would be followed by Area Councils elections in the case of FCT.

Speaking at the occasion, the Corps Marshal of the FRSC, Dr. Boboye Oyeyemi, commended the INEC chairman for taking time out of his tight schedules to address the Commanding Officers and sharing with them the Commission’s expectations of their roles in the forthcoming general elections.

He assured the Commission that like before, the FRSC would live up to expectations by playing its own roles in the elections most diligently.

He further stressed that towards ensuring active participation of the FRSC personnel in the nation’s electoral system, the participating staff had been properly enlightened and trained at the various levels, while collaboration with the Nigeria Police and office of the National  Security Adviser for necessary synergy  was ongoing.

Oyeyemi added that FRSC as a non-partisan organisation would continue to work closely with relevant security agencies on how to discharge its responsibilities through provision of safe and secured environment for voting.

He assured that FRSC would continue to work with INEC at all levels to provide necessary enlightenment on the expectations of their roles.

Furthermore, the Corps Marshal commended the Commanding Officers on the successes recorded by the FRSC in the last end of year special patrol which recorded minimal cases of casualties, and called on them to sustain the tempo of activities in the new year.

He outlined a number of areas where the Corps would emphasise in its operational strategies for the new year to include campaigns against overloading, speeding and violation against use of speed limiting devices.

He thanked President Muhammadu Buhari for his consistent support for the Corps.

The Commanding Officers Strategy Session, according to FRSC spokesman, Bisi Kazeem, is a platform which the Corps Marshal, members of his management team and Commanding Officers use to set the FRSC strategic goals for the new year and take time within the year to review in order to determine its successes and failures with a view to modifying them towards achieving the Corps’ set goals.