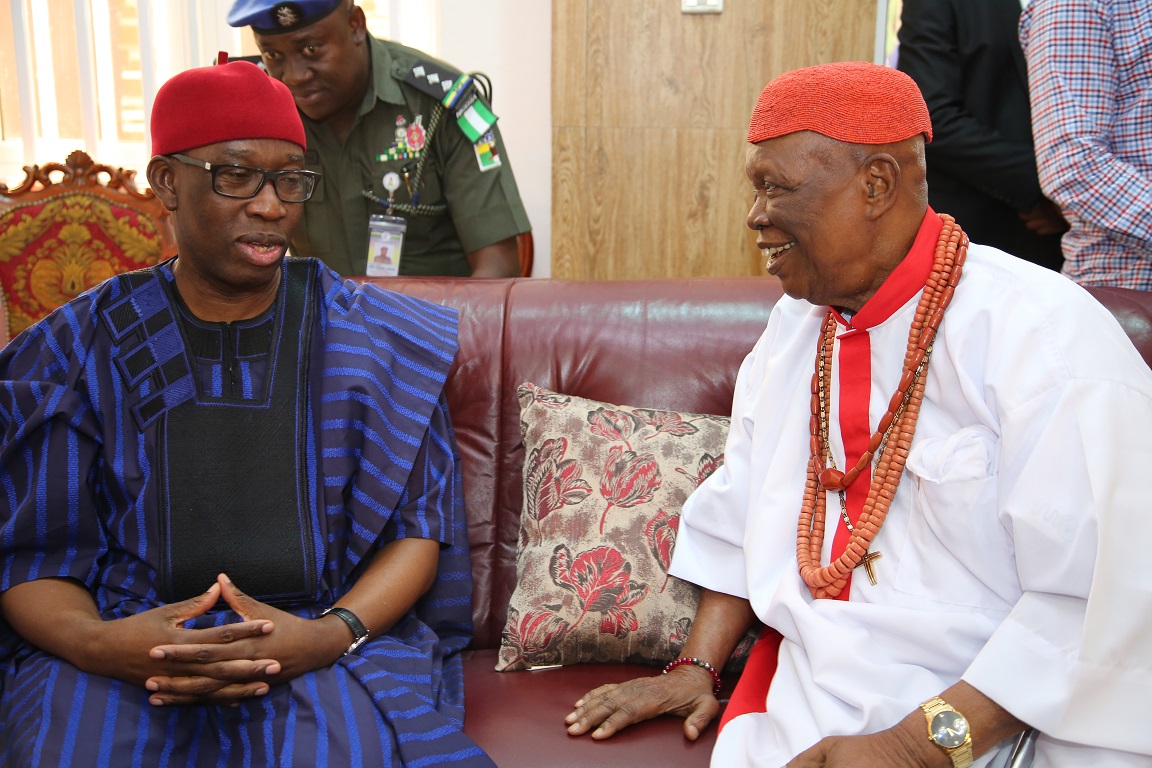 Documentation of history will help the future generations of Africans to know about their roots, the Governor of Delta State, Dr. Ifeanyi Okowa, has said.

Such documentation, he said, would serve as a good document for present and future references.

The governor made the call on Thursday at the public presentation of “The Odyssey of the Obi of Owa, HRM Emmanuel Efeizomor II” a biography written by Prof. Sam Ukala and Dr. Ben Jeanne at Owa-Oyibu, Ika North-East local government area of Delta State.

“Subjects of different kingdoms should be encouraged to write books about their kingdoms; this book presented today will be read by the people of Owa; other people will also read the book which will be very useful to them,” he said.

The governor continued:  “Many people want to know about the Owa Kingdom and we thank God that we have a book that will enlighten the people, it will inspire several people to write about their kingdoms.”

Chairman of the occasion, Senator Peter Nwaoboshi described the book as a great legacy to the people of Owa Kingdom and humanity while the book reviewer, Prof. Abednego Ekoko, disclosed that the book was made of 10 chapters.

Prof. Sam Ukala, on behalf of the authors of the book, stated that more than 620 people were interviewed and several documents were collated about the Obi.

He thanked Governor Okowa for the roles he played for the publication of the book stating that all the proceeds from the launch of the book would be channeled to the development of Owa Kingdom.