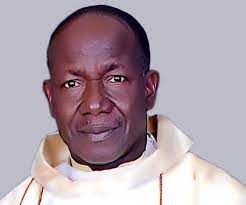 The Christian Association of Nigeria, CAN, in Niger has condemned the killing of a Catholic Priest in Paikoro local government area of the state, Very Rev. Fr. Isaac Achi.

A statement issued by Daniel Atori, media aide to the CAN chairman, Most Rev. Bulus Yohanna, on Sunday in Minna called for investigations into the attacks and the culprits brought to book.

The CAN chairman called on the government at all levels, the police and other security agencies to double their efforts in tackling banditry and insecurity.

“One of the primary responsibilities of any government is to protect lives and properties of the people, enough of the attacks and wanton killings of innocent Nigeria citizens.

“In the early hours of today (Sunday) the bandits got to the community, shooting sporadically, setting ablaze the Catholic Parish house, killed the parish priest and injured his assistant.”

The association commiserated with the Catholic Diocese of Minna, parishioners and the entire Christendom as well as the immediate family of  the slayed priest.

Yohanna, who is also the Catholic Bishop of Kontagora Diocese, prayed for the repose of the soul of late Achi and the souls of all the faithful departed to rest in peace.

The late Achi was until his death, the CAN coordinator of Paikoro local government area, the Dean and Parish Priest of Saints Peter and Paul Catholic Church Kaffinkoro in Minna Diocese.