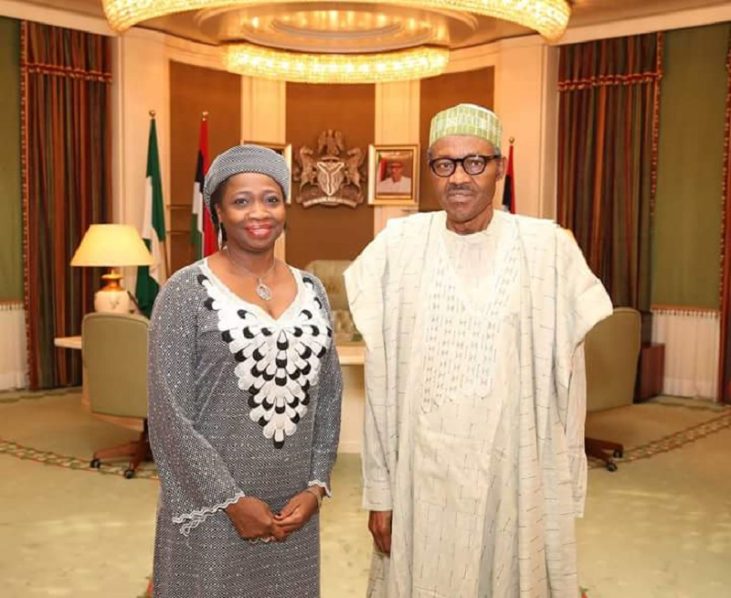 Senior Special Assistant to the President on Foreign Affairs and the Diaspora, Abike Dabiri-Erewa, has been appointed the Chief Executive Officer and chairman of Nigeria Diaspora Commission.

The appointment was made public on Tuesday by the Senate President, Bukola Saraki, while reading a letter by President Muhammadu Buhari for its approval.

“Her curriculum vitae is attached herewith while I hope that this request will receive the usual expeditious consideration of the distinguished senate,” the president’s letter reads.

A former Chairman of the House of Representatives Committee on Media and Publicity, Dabiri-Erewa obtained her first degree in English Language from Obafemi Awolowo University, OAU, Ile-Ife, Osun State.

She got her Post-Graduate Diploma, PGD, in Mass Communication at the University of Lagos.

She had her Master’s degree in Mass Communication from the same university before she later studied at the John F. Kennedy School of Government, Harvard University.

In the same vein, Buhari sought the approval of the Senate for Chidi Uzowa as director-general of Infrastructure Concession Regulatory Commission, ICRC.

“It is my hope that this request will receive the usual expeditious consideration of the distinguished Senate. Please accept, Mr Senate President, the assurances of my highest consideration.”