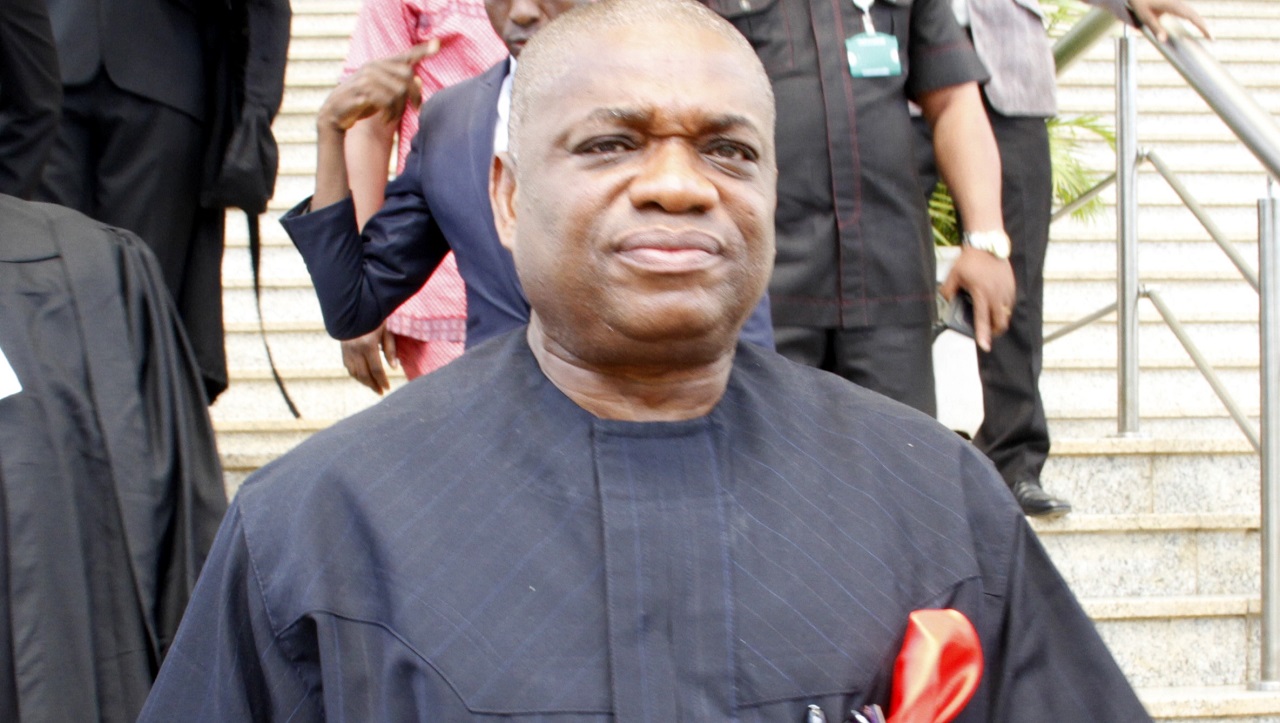 A Federal High Court in Lagos has revoked the bail granted former Governor of Abia State, Orji Uzor Kalu, for failing to appear before it.

Kalu is being prosecuted by the Economic and Financial Crimes Commission, EFCC, over alleged fraud to the tune of N7.65 billion.

The case could not be continued last Monday owing to the failure of the former governor to appear in court.

His lawyer, Prof. Awa Kalu (SAN), explained to the court that he, Kalu, was away in Germany where he was operated upon, and would need to stay for some time to get better.

EFCC’s defence counsel however described the absence of Kalu as equal in effect to jumping bail and should be treated as such.

In his ruling, Justice Mohammed Idris, said Kalu did not go through the required procedure to allow him travel as he did not provide a medical report on his health condition.

He therefore adjourned the case till November 12 when he said Kalu must return to the country and unfailingly appear in court.

Kalu was however not available in court as ordered last week.