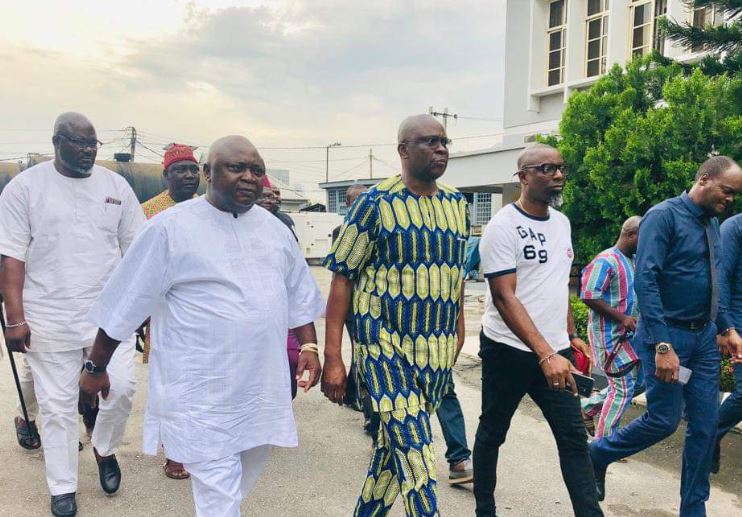 After about five days in Ikoyi Prison in Lagos, former Governor of Ekiti State, Ayodele Fayose, was on Monday released.

Fayose is being prosecuted by the Economic and Financial Crimes Commission, EFCC, over alleged corrupt practices said to have been carried out when he was governor.

The Federal High Court in Lagos presided over by Justice Mojisola Olatiregun, on Wednesday, granted him bail in the sum of N50 million and two sureties with three years tax clearance.

Fayose was also requested to deposit his International Passport with the court.

He was however unable to meet the bail condition until after close of business on Friday.

He therefore had to stay the weekend in Ikoyi Prison.

“He left the Federal High Court, Ikoyi a few minutes ago. We will meet @officialEFCC at the court from November 19,″ tweeted Olayinka.

In another, he simply tweeted:  “Fayose steps out of detention.”

In yet another tweet, the aide sang of him as a hero with Mariah Carey’s Hero:

“And then a hero comes along

With the strength to carry on

And you cast your fears aside

And you know you can survive

Look inside you and be strong

And you’ll finally see the truth

That a hero lies in you.”