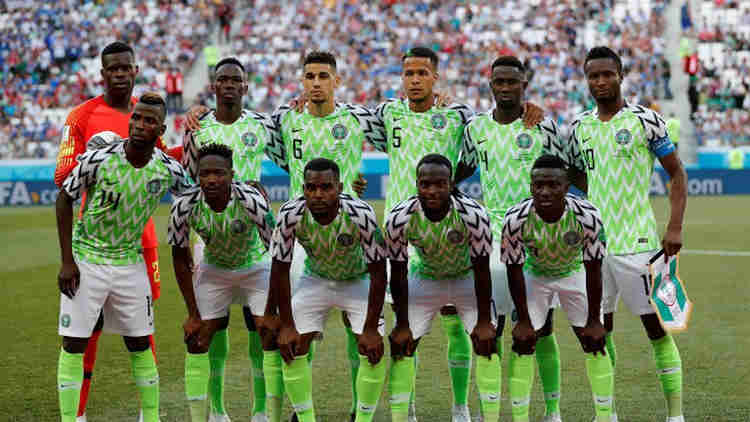 The Super Eagles have qualified for the African Cup of Nations, AFCON, tournament scheduled for Cameroon in 2019.

This is despite playing a 1 -1 draw with their host, Bafana Bafana, in Johannesburg, South Africa.

An own goal by Buhle Mkhwanazi following a cross by Samuel Kalu did the damage to the South Africans after some pressure.

However, Bafana Bafana soon equalised with Lebo Mothiba putting the ball into the net.

That made the game end 1 – 1 despite spirited efforts by the Super Eagles.

Two other goals were scored by the Super Eagles but were disallowed by the referee.

Meanwhile, President Muhammadu Buhari has congratulated the Super Eagles of Nigeria on their qualification.

He commended the team for their spirited and disciplined performance against “a very formidable opponent which earned them qualification with the final match against Seychelles a mere formality.”

He said having keenly followed the senior national football team’s progress in the qualifying stages, he was enthused by their confidence, sense of patriotism and professionalism.

He equally commended the coaching crew, the Nigeria Football Federation (NFF) and the Supporters Club, especially Nigerians residing in South Africa who turned out in great numbers to cheer the players, for a job well-done.

He assured them of the unflinching support of the Federal Government going forward.

The President said he wished “the young Nigerian football ambassadors” more successes as they prepare for the AFCON tournament in Cameroon.