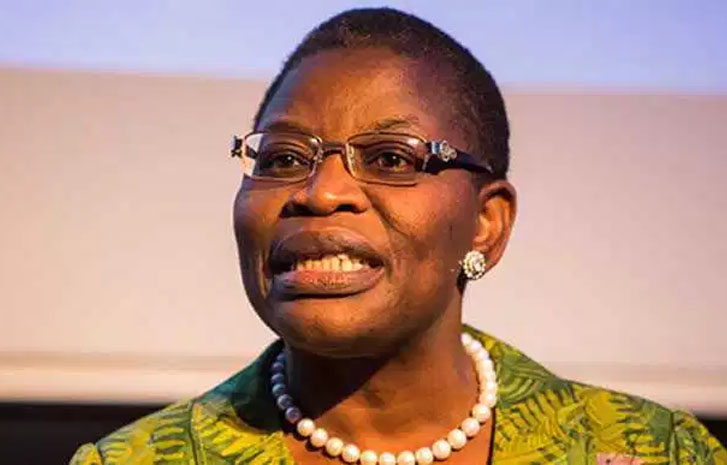 The Allied Congress Party of Nigeria, ACPN, has threatened to sue Oby Ezekwesili, if she refuses to return all the donations she received all over the world over as its presidential candidate.

The party said the need to return the donations became necessary because it would have to account to the Independent National Electoral Commission, INEC.

The National Chairman of the party, Gani Galadima, issued the threat on Thursday just as he declared that Ezekwesili lied over her reason for withdrawing from the race.

The party said contrary to the position advanced by Ezekwesili, she only wanted to use the party to negotiate a position in government.

Thursday morning, Ezekwesili announced her withdrawal from the presidential race, stating that she wanted to support a coalition in order to defeat the All Progressives Congress and the People’s Democratic Party in the February 16, 2019 election.

But addressing a press conference, Galadima said her decision to use the position to negotiate the position of Minister of Finance informed her lack of seriousness about the campaign for the post of the president.

He however revealed that the ACPN had resolved to campaign for Buhari.

His words:  “The reason for calling this press conference is to let the world know about the presidential aspiration of Dr. Oby Ezekwesili, which in actual fact, is not the truth. I have been put into confidence by one of her aides named Iyinoluwa Aboyeji that she only wanted to use the platform of the ACPN to negotiate to be Nigeria’s finance minister.

“This she does not deem fit to inform the party whose mandate she is holding. If you observe, Dr. Oby Ezekwesili is the only presidential candidate who was so militant in her campaign without any tangible thing on ground to indicate any seriousness in the prosecution of her campaign.

“No campaign secretariat, billboard or great commitment on ground to indicate any seriousness. It is on this ground that the ACPN is withdrawing support for her presidential aspiration and endorsing the second term bid of President Muhammadu Buhari to take Nigeria to the next level.”

Galadima sait that Ezekwesili did not inform the party about her decision to withdraw from the race.