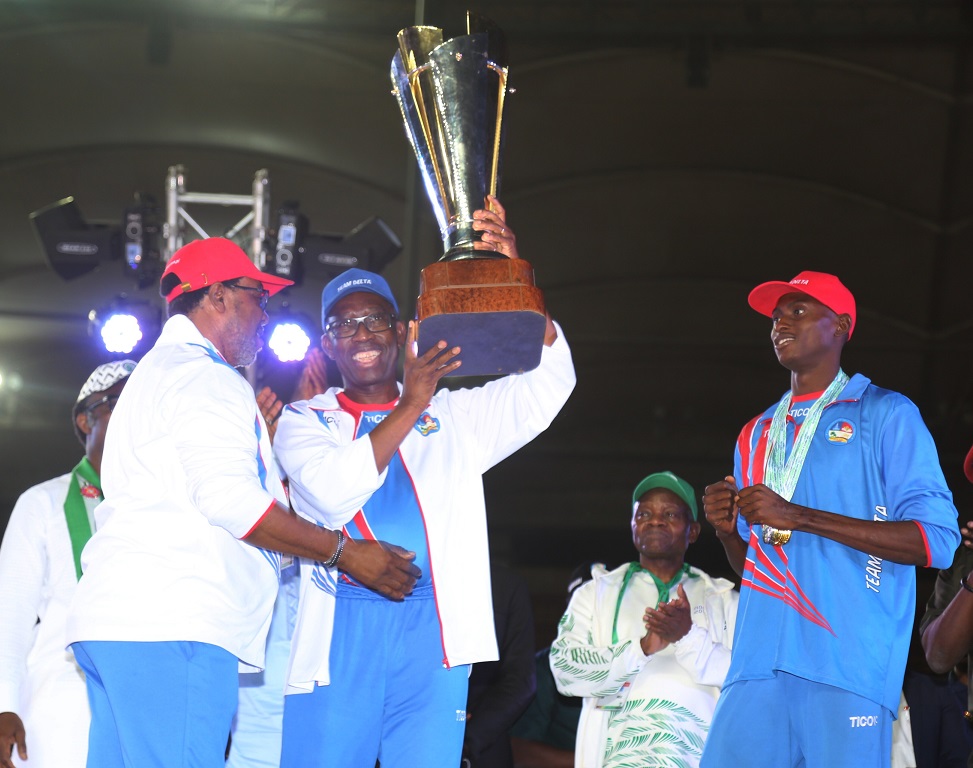 Delta State has lifted the trophy for the 19th edition of the National Sports Festival, bagging 163 gold medals to beat Rivers State which got 69 gold medals to clinch the 2nd position.

At a colourful closing ceremony held on Sunday at the Abuja National Stadium, President Mohammadu Buhari congratulated Governor Ifeanyi Okowa of Delta State for his administration’s commitment to sports development which made it possible for Team Delta to emerge victorious at the festival.

Sports men and women from all the states of the federation and the Federal Capital Territory  competed for laurels at the competition.

The President who was represented at the ceremony by the Minister of Sports, Mr Solomon Dalung, described the performance of Delta State as amazing, bagging a total of 352 medals – 88 silver, 101 bronze to win in the championship against Rivers State that got a total of 194 medals.

It would be recalled that Governor Okowa motivated Team Delta to victory when he made a mouth-watering offer of N1 million per gold, N500, 000 per silver and N250, 000 per bronze medals won at the championship.

Elated Governor Okowa who was personally present with some members of the state executive council to cheer up Team Delta, stated that investing in sporting events should not be toyed with as it does not only keep the youths positively engaged but a money-spinner.

In an interview, Governor Okowa congratulated Team Delta for emerging victorious despite being the defending champions.

According to him, “We are replicating what our late father, Dr Osaigbovo Ogbemudia taught us in old Bendel, we are not only developing sports facilities, we are doing all that we can to catch them young; we have the Principals and the Headmaster’s Cup and from January, we shall have athletics championship that will involve the secondary and primary schools in the state.”

“Beyond that, we will encourage the young once to go into the future with the determination to succeed, we will continue to invest in sports, we congratulate Team Delta, they did very well and we are proud of them,” he said.

At the closing ceremony, Edo State won the hosting right for the next edition of the championship which will hold in 2020.

Renowned musical exponents added colour to the event that also saw the display of fireworks.