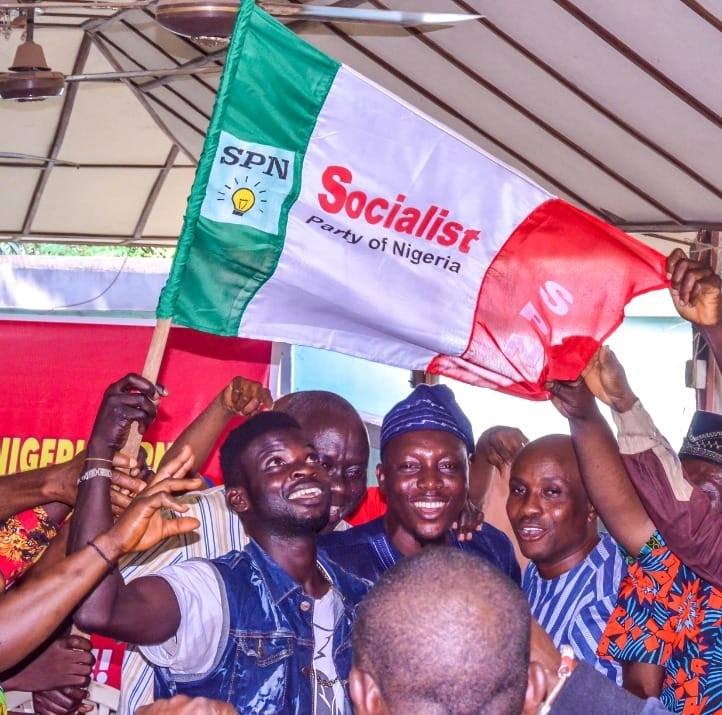 The Socialist Party of Nigeria, SPN, has flagged off its campaign for the 2019 general election in Lagos State with a highlight of some of the benefits the party will bring to the people.

The flagging off was held at the International Press Centre, Ogba, Lagos on Wednesday and addressed by its State Chairperson, Rufus Olusesan and Secretary, Moshood Oshunfurewa.

The leaders described the party as one made up of revolutionary working class activists, fighting trade unionists, artisans, unemployed youth, students and ordinary masses convinced of the need to resist the unbridled degenerating socio-political state of affairs in Lagos State and seek political power to build a better society.

The candidates, the party said would vie for the seats based on its programmes which are said to have been designed to better the lives of the people of the state.

The programmes read:   “1.     Our candidates when elected as Members of the Lagos State House of Assembly will earn the average wage of the skilled civil servant and put the remainder of their huge pay to democratic use to defend the interest of the working masses in resisting attacks and oppression at workplaces and communities

“2.     Our candidates will push for an end to fraudulent contract system but for Ministry of Works that is well-equipped, adequately staffed and democratically controlled such that it can efficiently, cost-effectively and judiciously carry out all categories of projects.

“3.     Our candidates when elected shall campaign within the Lagos State House of Assembly and outside of the parliament for progressive taxation of the super-rich while relieving the burdensome taxes on the extreme poor.

“4.     Our candidates when elected shall campaign for openness and accountability in government as of the means of fighting corruption

“5.     Our candidates shall when elected into the Lagos State House of Assembly push for increased budgetary funding of education and healthcare with parliamentary monitoring of the effective, qualitative and democratic utilization of the budgeted resources.

“6.     Our candidates shall as elected Members of Lagos House of Assembly argue motions and push for passage of parliamentary resolutions and Laws to end all forms of demolitions and evictions across Lagos State with repossession of illegally acquired properties.

“7.     Our candidates shall as Members of Lagos State House of Assembly identify on the floor of parliament and outside parliament with the day-to-day agitations and struggles of the mass of working people. Our elected members will also campaign against privatization, deregulation and campaign for the commanding height of the economy to be collectively owned and democratically managed by the working masses as a means of utilizing societal wealth to meet the needs of all.”

Addressing journalists at the occasion, the party which promised to improve the lives of the people if voted in in 2019, berated the ruling All Progressives Congress, APC, government in Lagos State, accusing it of carrying out obnoxious land use charge and multiple toxic taxes; unjust evictions and demolitions; failure of private-public partnership waste management and crisis of contract-driven road projects and traffic terror among others.