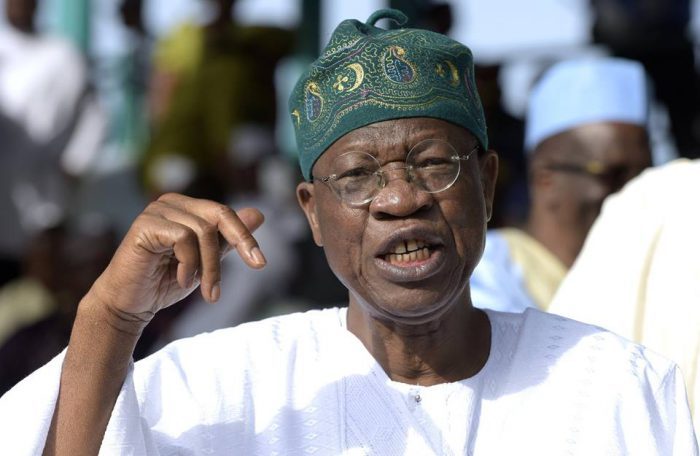 The Federal Government has warned that granting the presidential candidate of the Peoples Democratic Party, PDP, Alhaji Atiku Abubakar, the United States visa could be misinterpreted as America supporting him ahead of the 2019 election.

It said that much as the US government had the right to issue visa to whomever it wished, it should do it with caution.

The Minister of Information and Culture, Alhaji Lai Mohammed, made the government’s position known on Thursday in Abuja.

Mohammed who spoke during an interactive session with media executives said the caution became necessary in view of the alleged plan by Atiku to lobby the US to lift the alleged visa ban on him.

His words:  “We understand and appreciate the fact that it is the prerogative of the U.S. to grant a visa to anyone who applies.

“However, we want the U.S. to be neutral and be wary of taking any decision that will give the impression that they are favouring or endorsing one candidate over the other.

“Impression must not be created that the U.S. government is endorsing one particular candidate over the other.’’

He stated further:  “I am sure you will all recall the Jefferson’s case and the cold 90,000 U.S. dollar in fridge.

“We are not unaware that Atiku has engaged the services of some lobbyists to persuade the U.S. to issue visa to him.

“Our position is that if the former Vice President is seeking the U.S. visa we have no problem about it.

“However, we want the U.S. government not to create the impression that it is endorsing one candidate over the other.’’

There has been reports of a visa ban on Atiku by the US.

It was also alleged that former president, Chief Olusegun Obasanjo, had been lobbying the US to lift the alleged visa ban on Atiku.