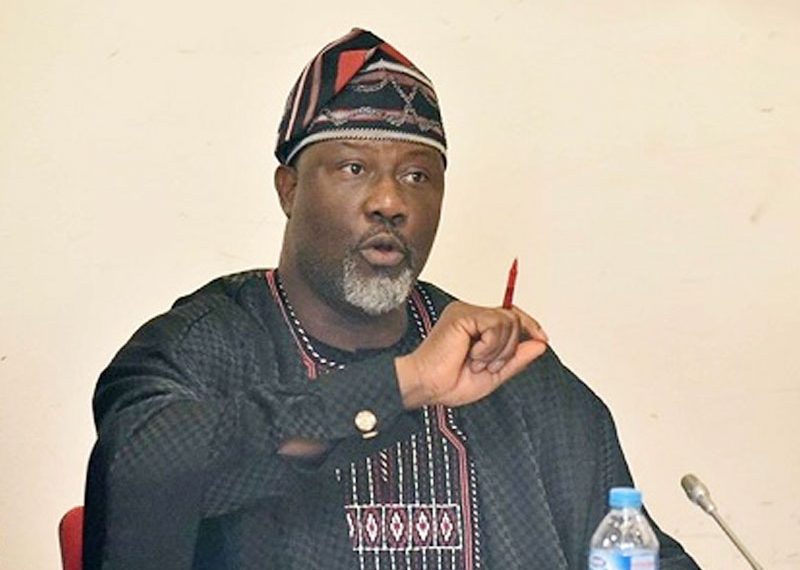 The presentation of the budget to the joint session of the National Assembly was carried out on December 19, 2018.

Some lawmakers from the opposition parties, particularly, the Peoples Democratic Party, PDP, booed the president at the occasion.

But in a statement issued by his media aide, Gideon Ayodele, Melaye said he did not boo the president at the occasion as alleged on the social media.

Pointing out that he needed to correct the wrong impression, Melaye said he was in fact not at the session where the budget presentation was made.

The statement reads:  “The attention of Senator Dino Melaye has been drawn to a malicious reference to his person on the social media as one of the lawmakers who booed President Muhammadu Buhari during his 2019 Budget presentation before a joint session of the National Assembly on Wednesday, December 19, 2018.

“Before now, he (Melaye) had refused to refute the mischievous social media fabrication for what it is — a cheap lie — Senator Dino Melaye was not in the National Assembly that day.

“For the avoidance of doubt, Distinguished Senator Dino Melaye was absent at the televised 2019 budget presentation session and hereby challenges anyone with contrary proof to come forward with such.”