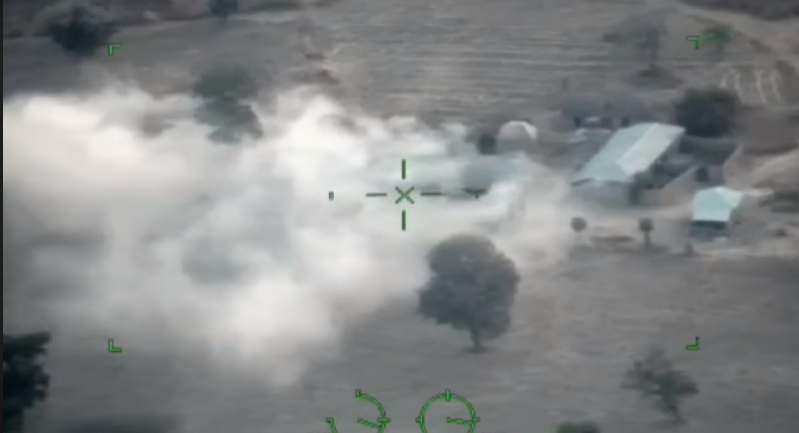 The onslaught against armed bandits continued in Zamfara State on Wednesday with the Nigerian Air Force destroying their hideout and killing many of them.

The attack was carried out near Doumbourou Hill by the air task force of Operation Diran Mikiya and the leader of the group was said to be one of those killed.

According to the Director, Public Relations and Information, Nigerian Air Force, Ibikunle Daramola, the attack followed Human Intelligence (HUMINT) reports which were later confirmed by Intelligence, Surveillance and Reconnaissance (ISR).

Said Daramola:  “The attack was executed, Jan 2, following human intelligence (HUMINT) reports, which were later confirmed by Intelligence, Surveillance and Reconnaissance (ISR), missions, indicating that a large number of bandits, armed with high calibre weapons, regularly assemble at a compound around the foot of the hill before going out on operations.

“The helicopters strafed the target area in successive waves of attack, with the first wave causing some damage to the structures and neutralising some of their fighters.

“The second wave was sequenced to engage the armed bandits as they re-emerged out of their hiding places, thus inflicting further fatalities on them.”