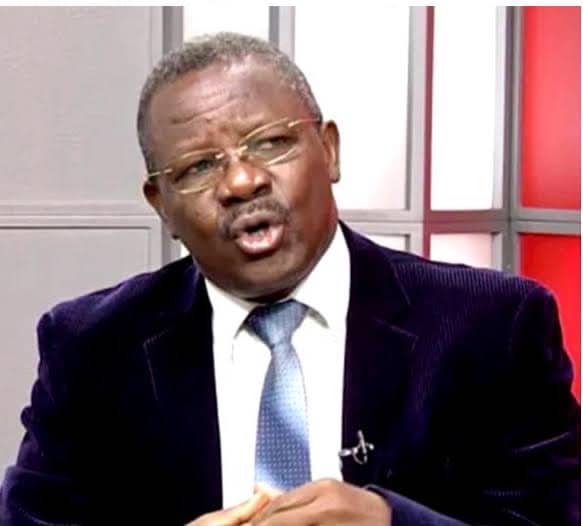 The greatest tragedy of the Yoruba race in the ongoing democratic dispensation is the glaring timidity and lack of strong political courage by governors of Nigeria’s six South-West states.

This is the view of a retired Commodore Kunle Olawunmi, a former Deputy Chief of Defence Administration and an Associate Professor of Global Counter-Terrorism at Chrisland University, Abeokuta.

Olawunmi spoke during a session on an online platform, Boiling Point Arena in Abeokuta on Sunday where he delivered a paper titled: “Nigeria’s Growing Insecurity: Changing The Narratives.”

Olawunmi also took a swipe at the South-West governors for abdicating their responsibilities to their Yoruba ethnic subjects for allowing the federal government to browbeat them into submission in their quest to use AK-47 arms for self-defence of their people in the face of current helplessness against terrorists’ invasion from the northern parts of the country.

Olawunmi who is known for his fearless stance against lopsidedness in the military accused President Muhammadu Buhari for contributing adversely to the tense insecurity in the country through playing what he called “sectional politics” which he alleged, was a deliberate policy to foster northern domination over other ethnic stocks.

“The kind of nepotism we have now in Nigeria is unprecedented. Immediately Buhari grabbed power, he began to take on the agenda of Fulanis. We have now gotten to a point where people want to go their own way. That means we go back to the state of nature where everybody is for himself. There is now recourse to self help,” he said.

He stressed: “I do not blame Buhari but I blame the South-West governors who go cap in hand cringing to Abuja to receive hand-outs. The Yoruba governors are not fair to their subjects. They are merely playing to the gallery and I dare say these governors do not deserve to retain their positions in government.

“These governors have shown the highest level of ineptitude and bad governance. I am very disappointed in them.

“If private security people are licenced to carry arms. If Zamfara State vigilantes are carrying guns. If a governor in Bauchi is unilaterally buying arms and you say South West Amotekun security officers are being denied, what are these governors doing in governance?”

Olawunmi also carpeted the federal government for allegedly deliberately flinging wide open the land borders up North as a way of populating the northern areas with Fulanis from Mali, Sudan, Niger and Burkina Faso who are not really Nigerians, while tightening the Idiroko borders and others in the southern parts.

Pointing the way forward,  Commodore Olawunmi expressed the conviction that unless the current wide-scale corruption was fought to a standstill, the increasing spate of insecurity would never be halted, stressing: the way forward is voting for the right leadership in the 2023 general elections capable of redressing the many woes of the current administration and stopping the domination of any group over others

In his speech, the Initiator and Promoter of Boiling Point Arena, Mr Ayo Arowojolu, a media professional, appealed to the Nigerian voting populace to hold the feet of the three topmost presidential candidates to the fire by subjecting them all to political debate and thorough scrutiny.

“Nobody should ever be voted for if they are avoiding the media and public debate,” Arowojolu further said.