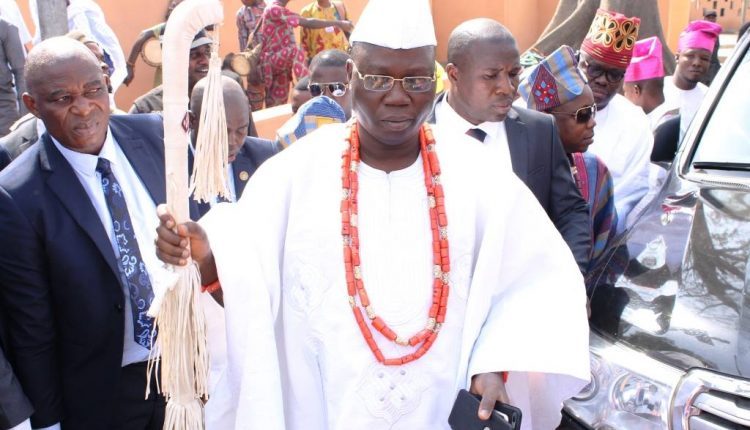 The Aare Onakakanfo of Yorubaland, Iba Gani Adams, on Saturday explained that he inaugurated the 21 Aare Onakakanfo Chiefs-in-Council to enable him serve the people of Yourbaland successfully.

The  chiefs were installed on Saturday in Lagos at a ceremony which was attended by dignitaries including former Governor of Ogun State, Otunba Gbenga Daniel; Titi Atiku, wife of the presidential candidate of the Peoples Democratic Party, PDP, Alhaji Atiku Abubakar and Abiola, wife of Peoples Democratic Party’s governorship candidate in Lagos State, Jimi Agbaje, among others.

He said going by the onerous task before him as the Aare Onakakanfo of Yorubaland, he needed some capable hands to assist him.

The people, he said, were picked from the different Yoruba speaking states of the country.

He also pointed out that his action was with the approval of the Alaafin of Oyo, Oba Lamidi Adeyemi.

His words:  “I appointed these 21 chiefs to help me to succeed.

“As the Aare Onakakanfo, my job covers the entire Yorubaland, but I cannot be everywhere at the same time.

“The people I am installing today as chiefs from everywhere we have indigenous Yoruba people, including Kogi and Kwara, will act for me in their respective domains and handle issues.

“They will interface with their local Obas and traditional chiefs to ensure peace and development in Yorubaland.

“I am not the first Aare to have appointed chiefs.

“The only two who did not appoint chiefs were Aare Abiola and Akintola, and that was because they were seriously engaged in politics and had limited time.”

Aare Onakakanfo enjoined the new chiefs to justify the confidence reposed in them.

He also disclosed that very soon, he would set up a 70-man advisory committee to help further.

Meanwhile, Adams at the occasion stressed that restructuring remained the solution to the various problems confronting Nigeria.

“Solution to the problems bedeviling Nigeria is for the country to adopt restructuring.

“We are living with these problems because we are reluctant to retrace our steps and adopt the system that suits us,” he said.