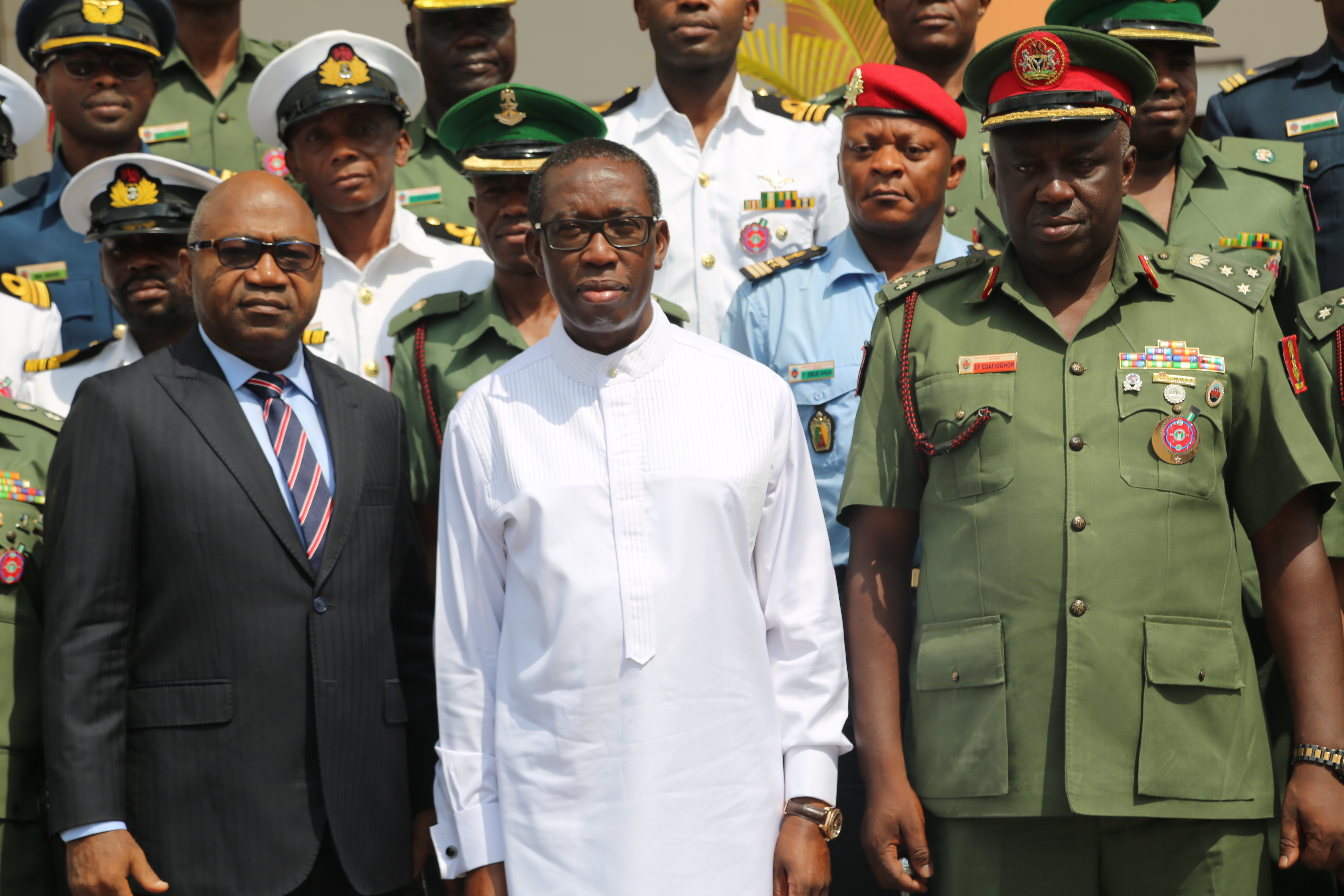 Okowa and participants of Course 41 of the Armed Forces Command and Staff College, Jaji.
SHARE

The Governor of Delta State, Dr. Ifeanyi Okowa, has urged the Federal Government to put stringent measures in place to discourage gas flaring.

He stated that the call was necessary as such moves would create job opportunities and curb environmental hazards arising from gas flaring.

Governor Okowa made the call yesterday on Monday in Asaba when participants of Course 41 of the Armed Forces Command and Staff College, Jaji, led by Major-General Felix Edafioghor paid him a courtesy visit.

According to the governor, “if you go to where gas is flared, which is still very common, you will understand why we need to be more serious about taking decisions as to stop the flaring.”

“Stopping gas flaring will be so much better for our people, because, the flared gas in itself has already destroyed the environment, not just the natural habitat in terms of farming, it has also polluted very badly the air that we breathe and only God knows the level of damage that it has caused and we believe that the laws must be implemented in such a manner that gas flaring is not just tied up to fines because, as long as gas flaring is tied up to fines and the oil companies begin to realise that it may be cheaper or easier to pay the fines than to stop the flare of gas, then, we obviously are not discouraging them,” he stated.

The governor continued, “I am aware that a lot has been done in the last few years but, there is a lot more that can be done because, the gas that we flare can generate a lot of imcome for the oil companies if only it can be properly utilized, so, we must stay on our laws and ensure that we do what is right and stop tying the issue of gas flaring to fines because, the continuing tying of gas flaring to fines is injurious to our people and our environment.”

He decried the attitude of some of the oil companies to their nonchalant attitude to the effect of gas exploration activities on the environment saying, “the oil economy has impacted negatively on our environment because, in the course of exploration the environment has greatly been damaged and this has also been worsened by the regularity of illegal bunkering that takes place in the state to which a lot of damage is done to our environment and that in itself constitutes both an agricultural hazard and also health hazard to the people.”

While commending the visiting team to Delta State, Governor Okowa observed that their findings would be useful to the government and people of the state.

He used the occasion to inform the team about some of the achievements of his administration in the area of job creation and infrastructure development.

Earlier, Major-General Edafighor had told the governor and members of the state executive council that the team was in the state for an environmental study tour as part of the fulfilment of their training programme.