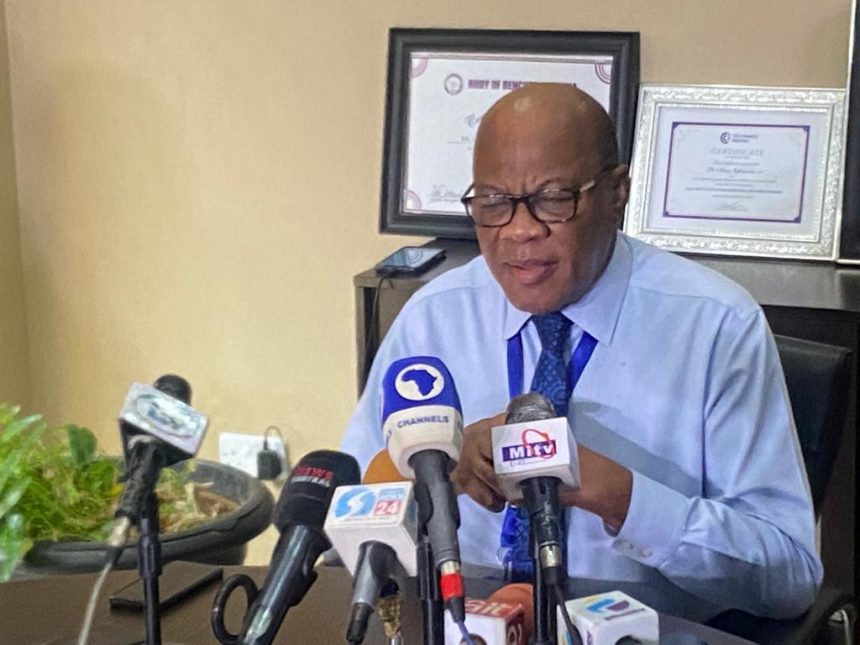 Former president of the Nigerian Bar Association, NBA, Dr. Olisa Agbakoba (SAN), on Thursday, said that the Economic and Financial Crimes Commission, EFCC, ought not to have been in existence, insisting that the commission currently operated outside the constitution.

According to Agbakoba, since the EFCC was a creation of the National Assembly, it did not have the powers to interfere with the activities of state governments.

The Senior Advocate of Nigeria, who made the call at a press conference held in Lagos, insisted that the 1999 Constitution only provided one Police Force for Nigeria, adding that since the anti-graft agency was not a branch of the Police, it could not perform its functions.

He pointed out that the EFCC was a federal establishment created by the National Assembly, adding that under Section 4 of the 1999 Constitution, the powers of government were divided into two: the Federal and the State.

“So the question would be, if the EFCC is created by the Federal Government can it then prosecute state offences?

“The Supreme Court in many of its decisions has held that federalism means two autonomous and independent governments and if that is correct, the EFCC does not have the right to go to the state and examine their accounts.

“Anybody can read section 46 of the EFCC Act and Section 36(12) of the 1999 Constitution. Section 36(12) states that all offences must be defined and when you now read Section 46, you ask yourself if it complies with Section 36(12) because it does not.

“So part of the prayers I would seek in court is that EFCC ought not to exist in the first place because it is not a branch of the police and that the job done by the EFCC is the same one being done by the Police Special Fraud Unit.

“So all these contradictions should make the presidential candidates tell Nigerians what they are going to do about the Constitution because it is defective,” Agbakoba stated.

The human rights lawyer, however, said that he was not fighting the commission as he was one of the greatest supporters of the rule of law and the fight against corruption, noting that the real issue was about the failure of the security agencies to obey the rule of law.

Agbakoba, however, said as a demonstration of his goodwill towards the anti-graft agency, he was ready to engage the EFCC chairman, Abdulrasheed Bawa, in a dialogue session on the issue.

The former NBA president said, “I do not believe that the EFCC understands the law that sets them up because as a lawyer myself, I was a bit confused, as I discovered that the 1999 Constitution is structurally defective.

“I now understand why some people are saying that the country must be restructured. Whoever wrote this Constitution designed it for Nigeria to fail because, on the one hand, it seems to authorise the EFCC to interfere in state’s affairs while on the other hand, it does not.”

Agbakoba had lambasted the EFCC last December over its recent actions against Kogi State government.