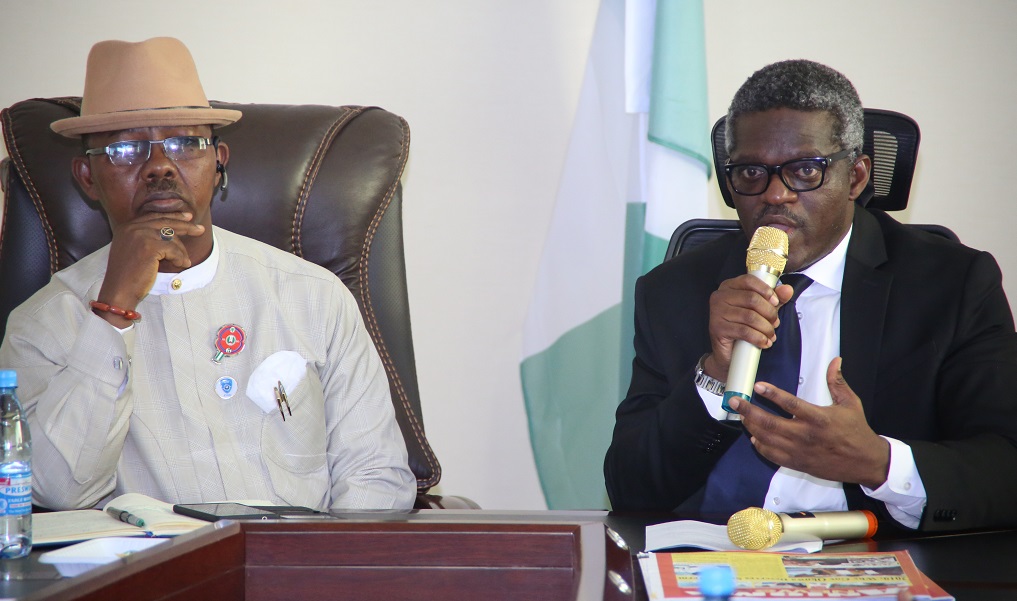 As the world celebrates Universal Health Coverage Day, Delta State government has restated its commitment to the provision of effective and affordable healthcare for its citizens.

Speaking with journalists on Wednesday as part of the programme to mark the day, Chairman Delta State Contributory Health Commission, Olorogun Issac Akpoveta, and the Director General, Dr. Ben Nkechika, said that the people of Delta, including the poor and the vulnerable were adequately covered by the contributory health scheme.

Olorogun Akpoveta explained that the commission was ensuring that all persons living within the state received good healthcare without financial crisis.

Dr. Nkechika on his part explained that the state contributory health scheme as had over 350,000 enrollees with over 255 public and private primary and secondary healthcare facilities providing services under the scheme in the state.

According to him, “the scheme commenced service on the 1st of January 2017 in 62 government healthcare facilities, it now has over 350,000 enrollees comprising members of the public sector, the formal sector, informal sector and equity groups whose premium are paid by the state government.”

Dr. Nkechika disclosed that the commission was partnering with some drug manufacturers for the provision of generic drugs and also Interswitch and eClat Health to deploy an ICT platform for the scheme while the commission had embarked on the revitalisation of over 25 defunct healthcare facilities in the rural areas in partnership with the Bank of Industry and Pharmaccess Foundation.

While explaining that the commission was currently supporting other states to set up their health insurance schemes, the DG urged persons living within the state who had not enrolled in the scheme to do so immediately as it was beneficial to the wellbeing of the people of Delta.

He assured the people of Delta that Universal Health Coverage in the year 2030 was achievable in the state and the nation.