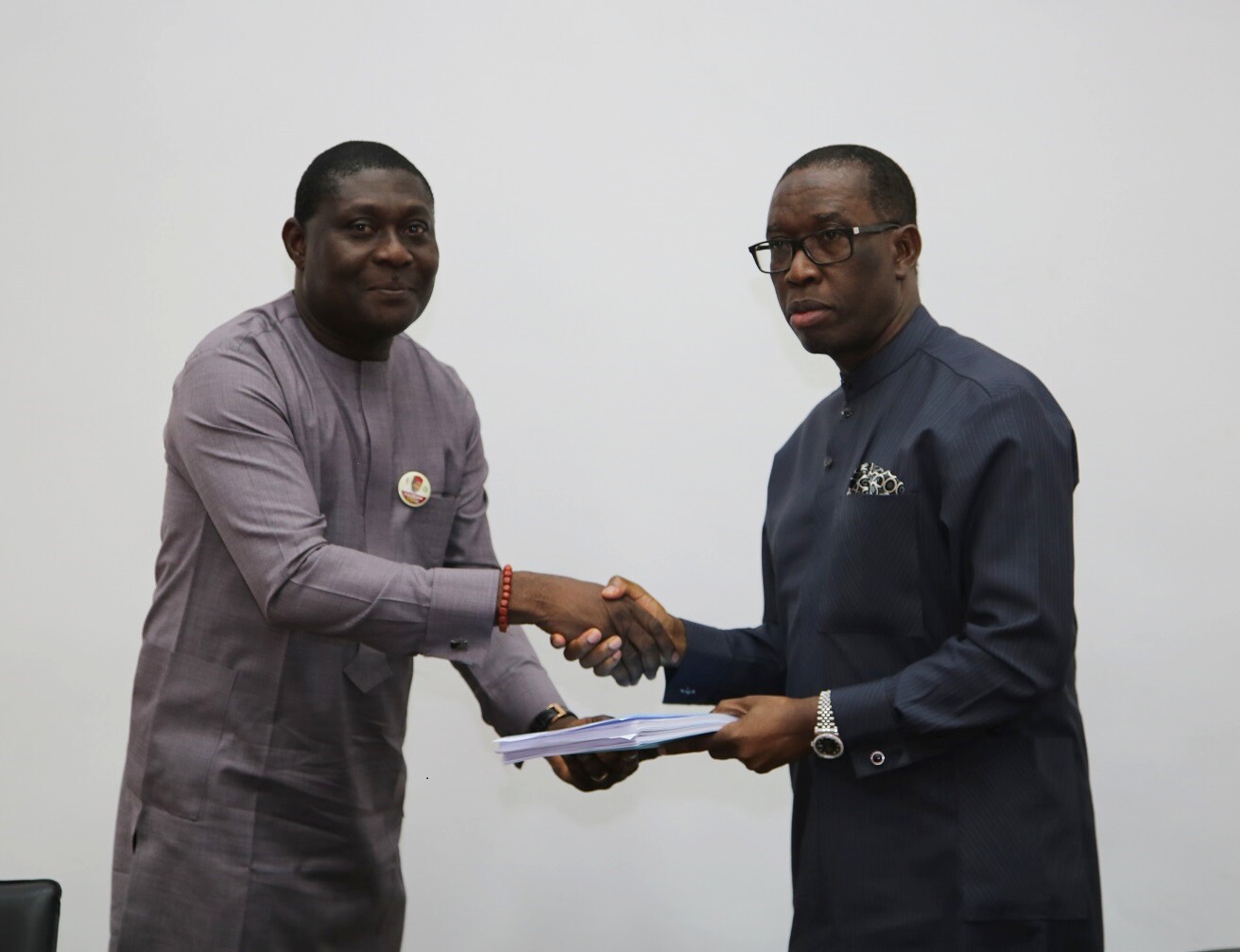 The Governor of Delta State, Dr. Ifeanyi Okowa, has said his administration would commence work to check perennial flooding in Effurun/Warri and its environs this dry season.

Okowa gave the assurance in Asaba while receiving the preliminary report of the Committee to Study and Advise Government On Measures To Tackle Flooding In Effurun/Warri and Environs.

Okowa who commended the committee for carrying out their functions within stipulated period, disclosed that the issue of checking flooding in Effurun/Warri and environs was raised during a townhall meeting where he promised to proffer lasting solution to the challenges.

Okowa said, “it is glaring that the poor sanitary habits of our communities and the poor maintenance culture of governments, both local and state to attend to drainage channels have contributed to the perennial flooding in these areas, but, with the submission of the report, we will take necessary steps to proffer lasting solution to the flooding of Effurun/Warri and environs.”

“The issue of flooding in Effurun/Warri and environs was raised at one of the town hall meetings and I did promise that we will set up a committee to study the challenges and it is gratifying that we have received the report today,” the governor stated, adding, “the haphazard approach used in the past was not sustainable and did not solve the flooding problems, hence, this study.”

Governor Okowa assured members of the committee of quick implementation of the report, noting that his administration was committed to its promise to deflood Effurun/Warri and environs.

Chairman of the Committee, Chief James Augoye, disclosed that the committee was inaugurated in the month of July 2018 and inspected 101 flood prone areas and 13 natural water courses.

He noted that while the waterways were overgrown with weeds and turned to refuse dumps, drains were filled with silt, among other impediments to free flow of water.