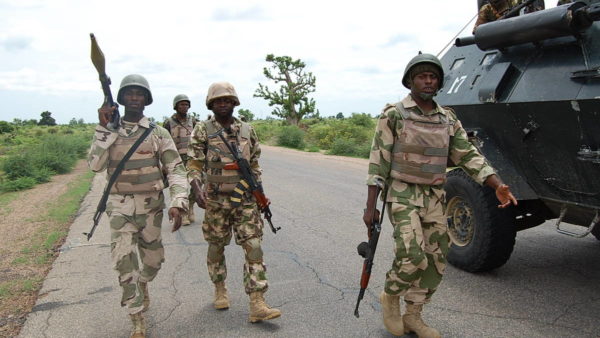 Troops of Operation Forest Sanity have eliminated four terrorists and recovered arms and ammunition as well as other items in two encounters in Kaduna State.

Maj-Gen. Musa Danmadami, Director, Defence Media Operations, made this known in a statement on Tuesday in Abuja.

He said the troops engaged the terrorists in a gun fight and neutralised two, recovering one AK 47 rifle.

He added that troops had also on Tuesday, carried out an ambush operation at Rafin Taba Village, in the same local government area and neutralised two terrorists.

“The military high command commends troops of Operation Forest Sanity and encourages the general public to avail troops with credible and timely information on criminal activities,” he said.