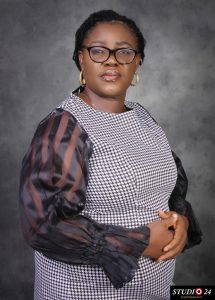 The Executive Director, Prisoners’ Rehabilitation and Welfare Action, PRAWA, Dr Uju Agomoh, has been elected a member of the United Nations Sub Committee on Prevention of Torture, UN SPT, based in Geneva Switzerland.

The announcement of the appointment is contained in statement issued by PRAWA’s Deputy Director, Mrs Ogechi Ogu, on Friday in Abuja.

The UN SPT is an international body established by its Optional Protocol to the Convention  against Torture, OPCAT, consisting of 25 independent experts.

She said that the committee had a preventive mandate focused on a proactive approach to preventing torture and ill treatment, adding that the SPT had a dual mandate.

According to her, part of the mandate was to monitor conditions in detention and treatment of persons deprived of their liberty through country visits.

She said it was also to “advise on OPCAT implementation in particular, support the establishment and functioning of National Preventive Mechanisms. ”

According  to the statement, the PRAWA boss has degrees in Law, Criminology, and Psychology,  which strongly positions her to contribute to the work of the SPT through a holistic and multidisciplinary approach.

It said Agomoh had held key positions in global, regional and national institutions working to prevent torture, through detention monitoring, security sector reform and support to survivors of torture over the past 20 years.

Ogu said Agomoh had previously served on the executive committee of the International Rehabilitation Council for Torture Victims, IRCT.

“Agomoh has personally carried out over 1000 prison monitoring visits covering about 150 prisons in 32 countries providing her with extensive expertise in detention monitoring methodologies and engagement with detention authorities and detainees.

“We have full confidence in the capacity of Dr Uju Agomoh to deliver on this very important assignment and a huge congratulations to Nigeria, Africa as PRAWA wishes her great success, ” she said.

Agomoh is the founder of PRAWA, Nigeria-based civil society organisation which promotes human rights for people in prison.

PRAWA also helps survivours to successfully integrate into the community.