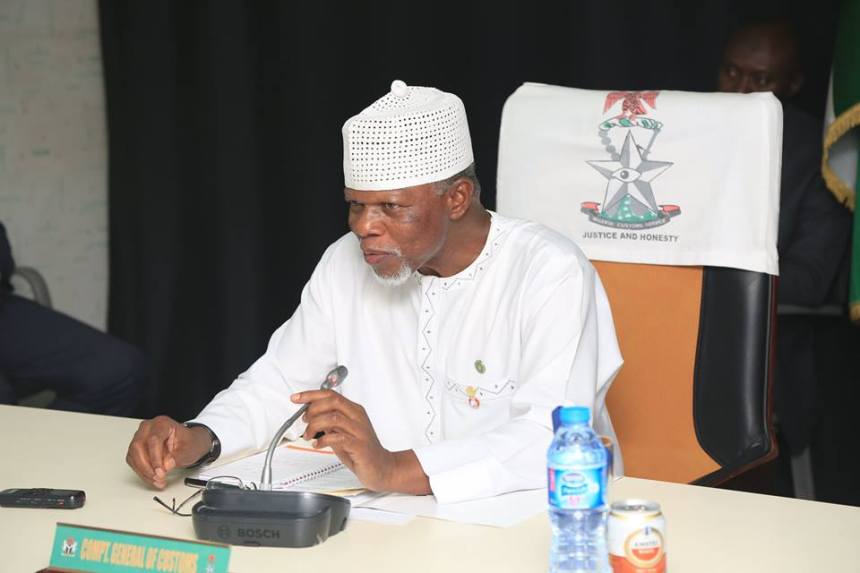 The new Area Controller, Oyo/Osun Command of the Nigeria Customs Service (NCS), Mr. Abdullahi Argungu, has said the command, in the last 11 months arrested no fewer than 10 suspects in connection with smuggling of some prohibited items into the country.

He made the disclosure in his maiden press briefing held at the headquarters of the command in Ibadan, the Oyo State capital.

While enjoining Nigerians engaging in legitimate businesses not to exercise any fear in going about their day to day activities, he said the suspects arrested in connection with the smuggling of prohibited items into the country were still awaiting trails.

His words:  “Ten suspects have been arrested in connection with smuggling of prohibited items into the country in the last 11 months. We are having the ten suspects awaiting trails.”

Argungu added that the command in the last eleven months generated the sum of N21.9 billion.

He said further:  “Consequent upon my resumption, I embarked on a familiarisation tour of the command to sensitize O/C outstations patrols leaders and the entire officers on the nerd to re-strategize and re-invigorate our operations by utilizing modern anti-smuggling techniques in accordance with international best practice in order to achieve the laudable goals of the anti-smuggling campaign of the Nigeria Customs Service.

“This has resulted in modest achievement as attested to by the underlisted seizures made by the area command between October 2018 till date.

He added that the federal government’s efforts in reviving the nation’s economy through local industries and strengthening security, especially at the nation’s borders were of utmost priority to the service.

“The command would do everything humanly possible in accordance with the law to actualise the goals set by the government in this regard,” he said.

He stressed the need to restrategize and reinvigorate the operations by utilising modern anti-smuggling techniques in accordance with international best practice in order to achieve laudable goals of the anti-smuggling campaign of the Nigeria Customs Service.

Argungu said, “The law that prohibits the importation of rice and used vehicles through nation’s border is not new, so, those who claim ignorance of the ban have no excuse.

“Furthermore, due to the recent huge seizure of illicit drugs at the sea ports, it becomes necessary for us to intensify our efforts against illicit drug trafficking through the nation borders with a view to checkmating the influx of illicit drugs through our territorial boundaries.