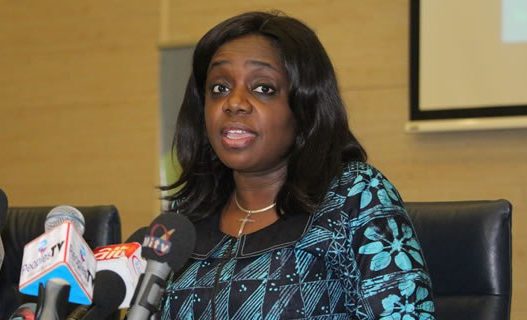 Former Minister of Finance, Mrs. Kemi Adeosun, has declared that she was shocked to realise that her National Youths Service Corps, NYSC, Exemption Certificate is fake.

She said until the recent events that led to the scrutiny of the certificate, she never realised it was not genuine.

Adeosun made this known on Friday in her letter of resignation sent to President Muhammadu Buhari.

Adesosun resigned from her post following her possession of a forged exemption certificate.

Her words:   “I have, today, become privy to the findings of the investigation into the allegation made in an online medium that the Certificate of Exemption from National Youth Service Corp (NYSC) that I had presented was not genuine. This has come as a shock to me and I believe that in line with this administration’s focus on integrity, I must do the honourable thing and resign.”

She said based on the advice and with the guidance and assistance of those she thought were trusted associates, she approached NYSC for documentary proof of status and then received the said certificate.

She said she never suspected any foul play and even presented the certificate at the 2011 Ogun State House of Assembly and in 2015 for Directorate of State Services (DSS) Clearance as well as to the National Assembly for screening.

She said however that she had to resign because of his total commitment to a culture of probity and accountability.

President Buhari has accepted the resignation and wished her well.

The president has also approved the Minister of State Budget and National Planning, Mrs Zainab Ahmed, to replace Adeosun.