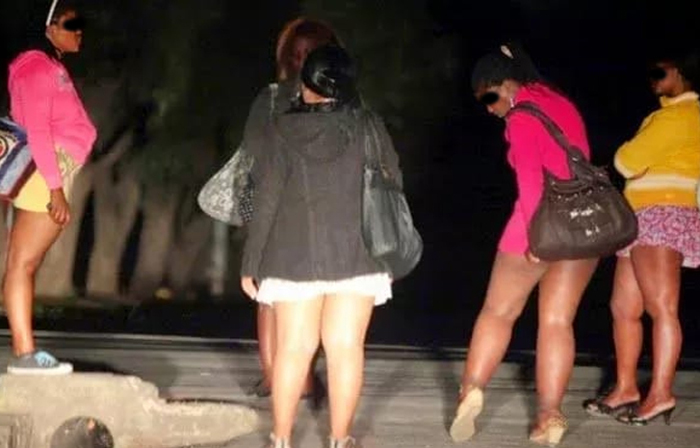 The operatives of the Lagos State Environmental and Special Offences Enforcement Unit on Friday raided a brothel around Mile 2 area and arrested 14 persons for alleged possession of illicit drugs.

Chairman of the task force, Mr Olayinka Egbeyemi, in statement said: “during the raid, five notorious miscreants and nine commercial sex workers were arrested with illegal drugs, and the brothel demolished.”

The unit chairman further said that the raid became necessary following complaints that the increased criminal activities around Mile II and FESTAC areas were being perpetrated by miscreants residing in the brothels.

“The brothel where these persons were arrested had previously been demolished, but surprisingly, it was rebuilt.

“Let it be known also that the last time we demolished this illegal brothel, miscreants taking refuge in it attacked our officers with dangerous weapons.

“With this current demolition, we will ensure that it will not be rebuilt, this task force under my watch will not allow miscreants to make life difficult for law-abiding citizens,” he said.

Egbeyemi said that the demolished brothel allegedly harboured criminals who robbed unsuspecting members of the public of their valuables.

“It also serves as an outlet for the sale of illegal drugs such as Indian Hemp, Tramadol and other sex enhancement drugs, especially to under-aged children,” he said.

He said that all those arrested would be charged to court in compliance with the directive of the Lagos State Police Command.