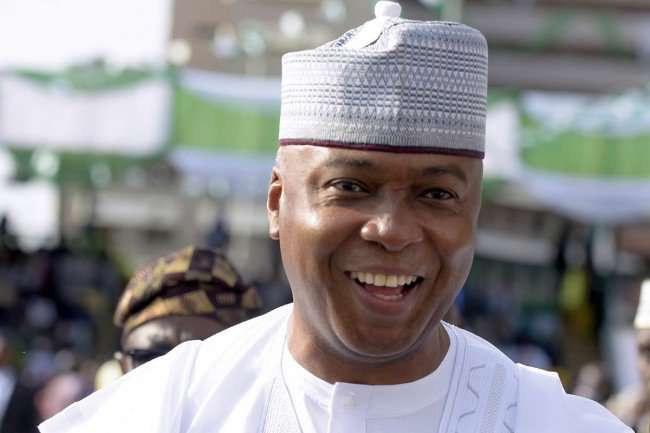 He further stated that the future looked very bright for the country despite the present situation.

Saraki in a statement signed by his Special Adviser on Media and Publicity, Yusuph Olaniyonu, called on Nigerians to use the anniversary to reflect on the past achievements of the country, particularly the contributions of the founding fathers towards achieving independence and building a united country.

He added that like a part of the national anthem stated, the present generation of Nigeria should ensure that the labour of the past heroes is not in vain as everybody should work to realise the lofty heights the founding fathers envisaged for the country.

“Nigeria remains a country which possesses all the necessary factors for achieving greatness. What is important is for the present generation, both the leaders and the followers, to work for the unity of the country and place the country first before their interests.

“We have all we need for our country to be a global leader and to adequately provide for the welfare of the citizenry. However, we need everybody to be determined to work towards the realization of the nation’s manifest destiny as envisaged by our founding fathers and even the rest of the world.

“Another independence anniversary coming a few months before the general elections presents us with the opportunity to reflect on the state of the nation and where we want the country to be. We should therefore be thoughtful and patriotic in our decisions at the polls.

“Nigerians should vote for experience, competence, ideas, ability, and courage. Nigerians should be deliberate and thoughtful in choosing who to vote for. Our people should avoid violence in the coming elections and steer clear of issues that will further divide us or accentuate the nation’s fault lines. The 2023 election is about redeeming and rebuilding Nigeria. We should ensure that each vote is cast with this goal in mind.

“By the time we are celebrating the 63rd anniversary next year, I believe we will be witnessing a new chapter in the history of the nation when we would be happy that our country has overcome her setback and is heading towards achieving sustainable development.

“As I rejoice with all Nigerians on this occasion of the 62nd anniversary, let me reiterate my usual words of encouragement and prayers for men and women in the security services who are on the frontlines to protect our country against the non-state actors waging war against her. May God’s protection be on them. May they achieve a decisive victory against the war mongers. May almighty Allah save and bless our country. Happy Independence anniversary to all Nigerians,” Saraki stated.