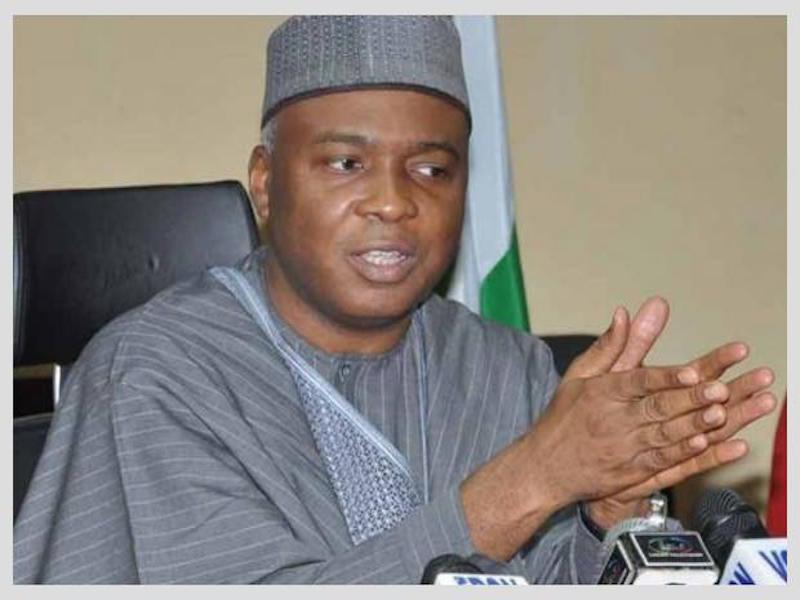 Former Senate President, Dr. Abubakar Bukola Saraki, has condemned the violent attack on supporters of the People’s Democratic Party (PDP) and other Nigerians who gathered in Kaduna to listen to the party’s presidential candidate as part of the campaigns for the 2023 elections.

Saraki said such a sad development was a return to the dark days of politics in the country which is widely believed to have become a thing of the past.

He, therefore, called on the security agencies to immediately commence a thorough investigation to unveil the people who perpetrated the violent acts, their sponsors, and their motives.

He added that the attack on the Kaduna rally of the PDP by some yet-to-be-named people was not just a threat to the nation’s democracy but an indication that some elements were still bent on sabotaging and undermining the success of next year’s general elections.

“This sad development is a big setback for our democracy. It represents a slap on the face of all Nigerians. It made a mess of all the efforts of the eminent men and women who constitute the National Peace Committee which just recently got all leading presidential candidates, their party chieftains, and spokesmen to sign an accord to promote peace and unity before, during, and after the elections.

“The security agencies must use this case to reassure the world that Nigeria will not return to the era of jungle politics or Hobbesian state. Both the sponsors and perpetrators of these criminal acts should be treated as top enemies of the state. They should be exposed and made to face the wrath of the law in such a manner that others who harbour this evil intent will take this case as a big deterrence.

“While I express sympathy with those who sustained the injury, let me urge our leaders across the country to remain undeterred as the rest of the country will not succumb to the antics of the anarchists who still operate in a disguised manner in our political system.

“The determination of the PDP candidate, Alhaji Atiku Abubakar, to remind the people of the failure of the ruling APC and give them the hope of a better tomorrow through his well-thought-out policies and programmes remains resolute. The message of hope will get to all homes, streets, and communities in the country without any exception. Since the message is resonating with the people, those who want to violently halt its spread will fail woefully now and during the next election,” he stated.