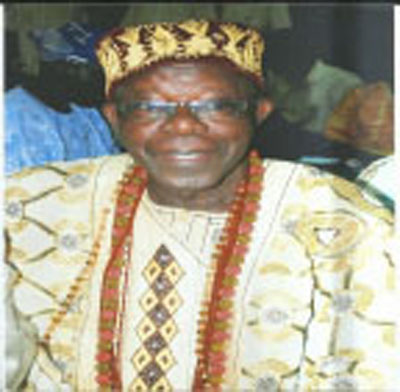 A traditional ruler, Baale Taye Ayorinde, has lent his voice to the call for the restructuring of the country, saying failure to do this may lead to a major crisis.

He explained that with restructuring, the country would return to the path of greatness with the states developing at their own pace.

He stated that those against restructuring did not want the progress of the country.

According to him, without restructuring, most of the states would not progress.

Ayorinde who is the Baale of Ekotedo, Ibadan, while speaking with journalists on what he called, “Making Nigeria great again,” said the country had been great in the past with Nigeria depending on agriculture from the Western region,  groundnut from the North and palm oil,  tin and coal from the East.

According to him, the country had been copying the American federal system wrongly, leading to the backwardness in most of the states.

He said only Lagos and Rivers states appeared to be doing well.

“In the past Nigeria were adjudged very great and rich in every aspect – commerce, culture, tradition. Nigeria has no need to record poverty in the midst of plenty of human resources, vegetation of different types and mineral resources,” he said.

While insisting that more power should be devolved to the states with the Federal Government handing off most of its responsibilities, Baale Ayorinde said History, as a subject, should be reintroduced to the school curriculum so that the young ones could benefit.

Speaking on other things that the country needed to do to be great again, he called for the adoption of Option A4 to elect political leaders in order to unite the country.

He stated that the system encouraged mutual understanding, public and human relations in politics.

“Religious intolerance will be banished during the primaries and election. Our unity should be forged by making the Houses of Assembly to be on part time basis as the present American system of government is too expensive for Nigeria.  It encourages corruption. People who could not afford to buy a bicycle become overnight millionaires because of the income they earn while the new minimum wage being asked for by workers could not be approved,” he said.