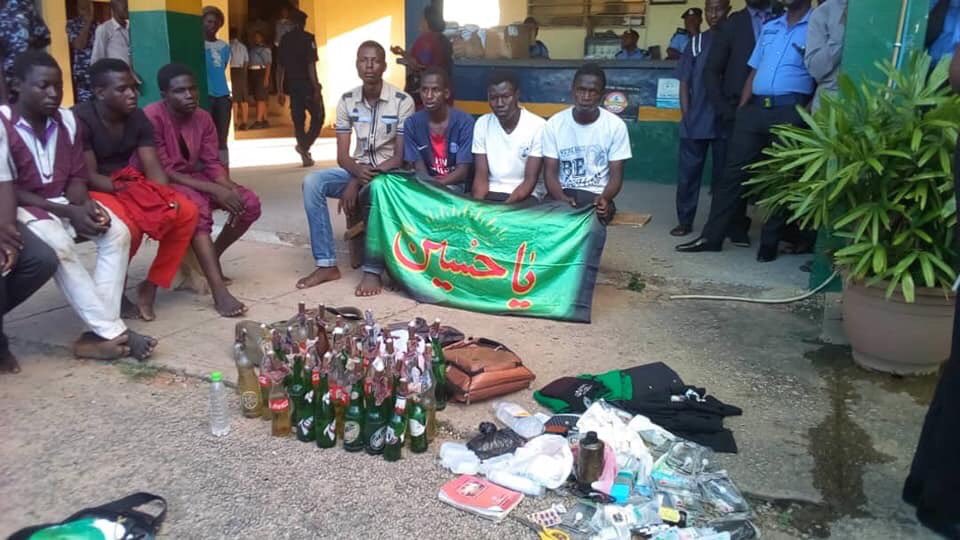 No fewer than 31 bottles of petrol bombs were recovered from members of the Islamic Movement in Nigeria, otherwise referred to as Shiite, on Tuesday by the police.

The Shiite members were involved in the clash that occurred at Wuse area of Abuja when they were caught.

They were reported as trying to bring the bomb into the city.

In the encounter, no fewer than 400 members of the group were arrested by the police.

The Federal Capital Territory (FCT) Police Commissioner, Bala Ciroma, made this known at a press conference in Abuja.

Ciroma uncovered the identity of the members trying to bring the bombs into the city.

According to him, they are Mustapha Abdullahi and Abdullahi Umar.

He said while Abduallahi had 18 bottles of the bombs, Umar had 13.

His words:  “It is also unfortunate to inform you that members of this group (IMN) during a violent protest, today, 30th October, 2018 without any provocation went on rampage and burnt down a Police Rapid Response Squad (RRS) patrol vehicle deployed at Ademola Adetokumbo Crescent.

“While reassuring FCT residents of adequate security, I want to also bring to your knowledge that a total of four hundred (400) members of the El-Zakzaky Islamic Movement of Nigeria (IMN) who participated in the violent protest of today are currently being detained for discreet investigation; dangerous weapons were also recovered from them.

He said the suspects would be prosecuted upon completion of investigation.

There was a clash between members of the Shiite group and security agencies on Monday.