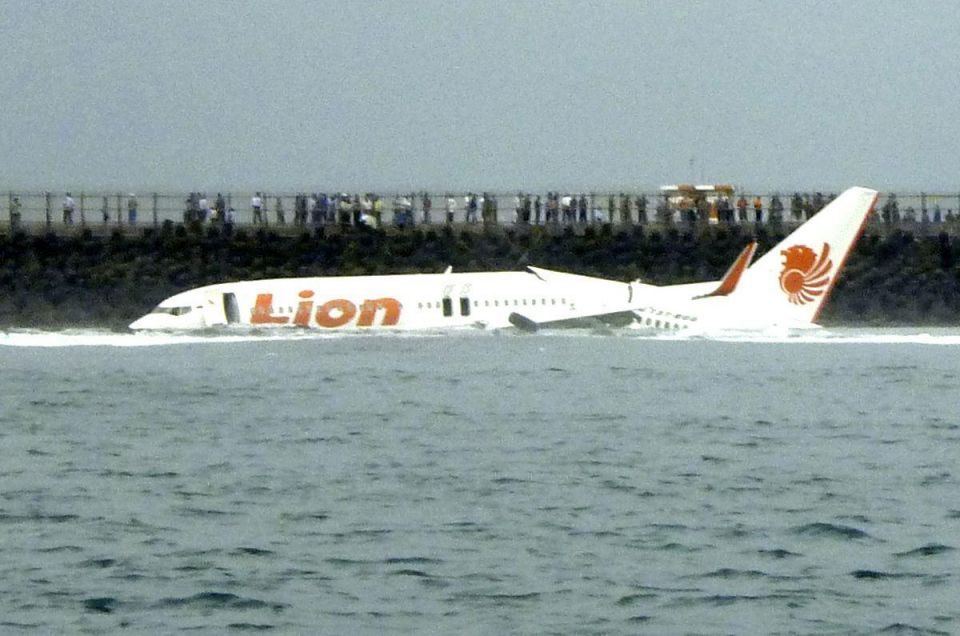 A Lion Air Boeing 737 passenger plane has crashed into the sea with 188 people on board.

The plane, according to a BBC report, crashed into the sea shortly after taking off from the Indonesian capital, Jakarta.

Flight JT 610 was on a scheduled flight to Pangkal Pinang, the main town in the Bangka Belitung Islands, but lost contact with ground control a few minutes after take-off.

It is believed to have ended up underwater.

There cause of the crash is not yet known and there has been no word yet of any survivors.

“We’re still searching for the remains of the plane.”

Some materials believed to belong to passengers have been found in the water, including ID cards and driver’s licences.

“We don’t know yet whether there are any survivors,” the agency’s head, Muhmmad Syaugi, told reporters.

“We hope, we pray, but we cannot confirm.”

At an earlier news conference, officials said the plane had been carrying 178 adults, one infant and two babies, as well as two pilots and five cabin crew.

However, there are conflicting reports on the exact number of people on board.

The plane was due to arrive at Depati Amir airport in Pangkal Pinang an hour later but 13 minutes into the flight, authorities lost contact with it.