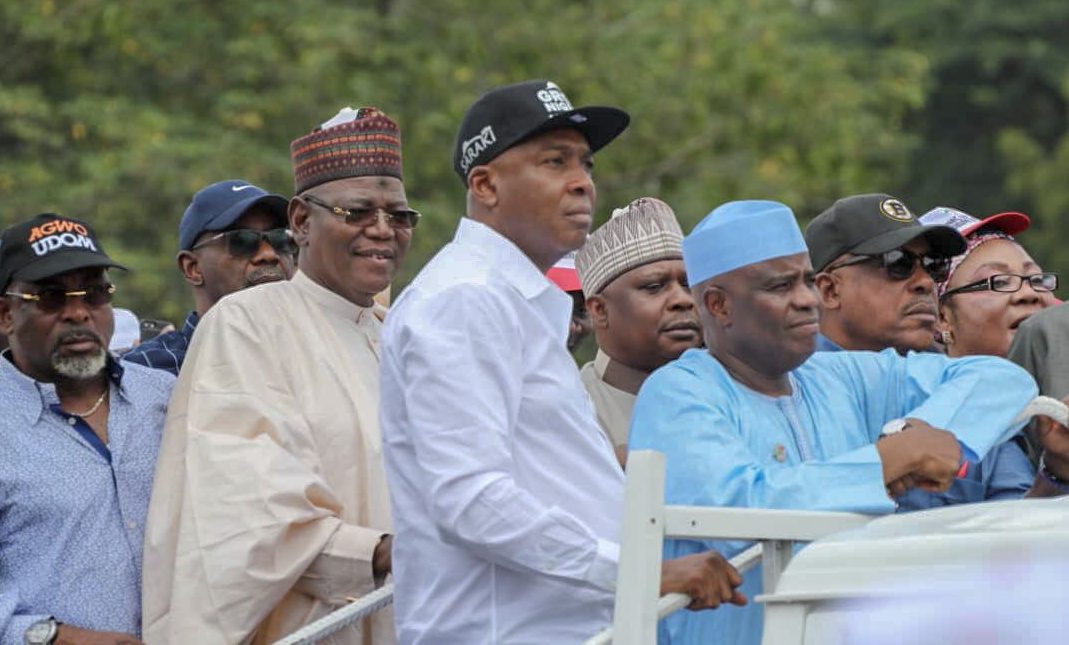 The National Chairman of the Peoples Democratic Party, PDP, Prince Uche Secondus, led a protest march to the headquarters of the Independent National Electoral Commission, INEC, to protest the outcome of the Osun State governorship election.

Also on the protest march were Senate President, Dr. Bukola Saraki; Speaker of the House of Representatives, Yakubu Dogara, and Sokoto State Governor, Aminu Tambuwal among others.

The protesters called on INEC to declared Adeleke the governor of the state, having allegedly won the election.

The party said INEC and the police force worked hand in hand to carry out the alleged malpractices that led to the victory of APC’s candidate.

Speaking with journalists, Secondus said:  “We want to remind our security chiefs that they swore to defend Nigeria and defend and protect our parties.

“Nigeria is a multi-party state, a multi-party nation but what we have witnessed in Osun shows clearly that APC is not ready for election and we are afraid that Buhari will not hand over if he loses the election next year.”