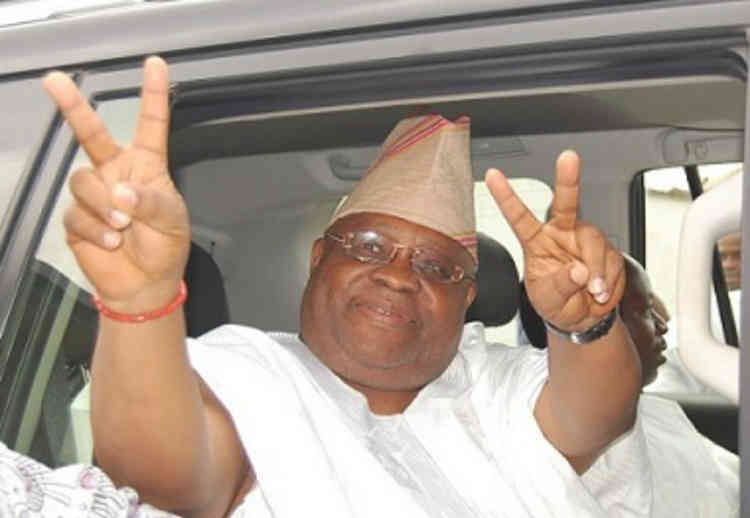 The five-member panel, in a judgment delivered by Justice Amina Augie, held that the court lacked jurisdiction to hear the suit after counsel for the appellant, Adebayo Adelodun, SAN, withdrew the earlier notice of appeal that was filed within time.

Upon resumed hearing in the matter, Adelodun, who appeared for the appellant and a PDP governorship aspirant, Dotun Babayemi, informed that he sought to withdraw the earlier notice of appeal to replace it with the fresh application he filed.

But the panel held that Section 285(11) of the constitution stipulated that an appeal on a pre-election matter must be filed within 14 days from the day of the decision, and that having filed the second appeal out of time, the apex court lacked jurisdiction to entertain the matter.

Adelodun, however, argued that the motion was filed within time and that the counting began a day after the judgment of the Court of Appeal.

The justices on the panel disagreed with him and pointed out that in election matter, the counting of time began from the date of the event.

They said that the apex court had that position and adhered to it in the past eight years on all election-related matters.

They said that the only way to deviate from its past decisions was for the appellant to apply for a full court to hear him and possibly deviate from the earlier decisions.

They said that would involve the convergence of seven-man panel of justices as against five-member.

Justice Augie, however, said that that would not be possible because  the time allowed for the matter elapsed today (on Thursday).

“A pre-election matter has a period of 14 days, and like a rock of gibraltar, it cannot be moved,” she said.

Augie held that there was nothing before the court to invoke its jurisdiction.

Further efforts by Adelodun to persuade the panel to take a look at the merits of the appeal proved abortive as the court held that it lacked jurisdiction to entertain the matter.

Consequently, Adelodun reluctantly withdrew the appeal after Adeleke’s lawyer, Oluwole Jimi-Bada, threatened to move a motion to ask for a N10 million cost if the appellant continued to delay the matter.

Justice Augie, therefore, dismissed the appeal for lack of jurisdiction and was unanimously supported by other justices.

Babayemi had asked the court to invalidate the primary election that produced the governor-elect, citing non-compliance with a court order.

He had prayed the court to declare him as the PDP candidate for the July 16 governorship election in Osun.

In his judgment on the matter on May 18, Justice Nathaniel Ayo-Emmanuel of a Federal High Court, sitting in Osogbo, had upheld the governorship primary that produced Adeleke.

Also, the Court of Appeal, Akure Division, in its judgment of July 20 on the appeal filed against the decision of the Federal High Court, Osogbo, aligned with the lower court and dismissed Babayemi’s appeal.