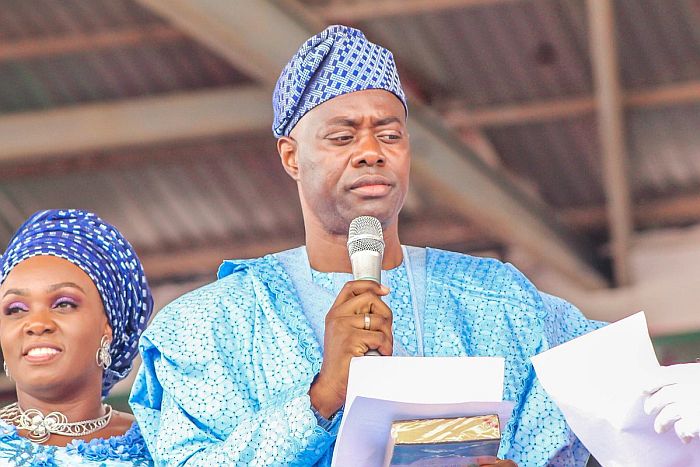 Oyo State governor, ‘Seyi Makinde, said on Monday that his administration had prioritised workers’ welfare in the last 44 months, adding that he had ensured no worker was sacked so far in his tenure.

The governor, who stated this during the 2023 Inter-faith Service, held at the Governor’s Office, Secretariat, Ibadan, said that he had remained faithful to his promise to uphold workers’ welfare.

A statement by the Chief Press Secretary to the governor, Mr. Taiwo Adisa, indicated that the governor also ordered the immediate payment of two months salary deductions to the workers.

Makinde, who said that he had also ensured that no worker had been unjustly dismissed from work, added that his administration was built on fairness, equity and justice.

According to him, his administration had employed a good number of health workers as well as 5,000 teachers, adding that he would continue to prioritise the welfare of the workers in the state.

The governor, while speaking on the salary structure of Oyo State House of Assembly workers, said that his administration would find means of paying the Consolidated Legislative Salary Structure, CONLESS, within the resources available to the state.

In their separate preachings, Islamic cleric, Alhaji Bello Rufai and Bishop Ademola Moradeyo, appreciated the governor for fulfilling his electoral promises to workers, adding that the governor had been embarking  on policies that would bring succour to the civil servants and people of the state in general.

Earlier, the Oyo State Head of Service,  Alhaja Amidat Agboola, pledged the continued support of the civil servants to the government and called for dedication from the workers.

Alhaja Agboola commended the entire Civil/Public Servants of Oyo State for their cooperation with the present administration since inception.

She hinted that despite the challenging experience of dwindling resources, Civil/Public Servants could proudly say that they had a better and stable life in the service of Oyo State.

Agboola also thanked Governor Makinde for the approval given in respect of the 2021 promotion exercises across board, which she said would be based on merit.

The Head of Service mentioned some key milestones of the Governor Makinde’s tenure to include  capacity building, approval of the renovation of the Simeon Adebo Staff Development Centre, structured training on ICT usage in the service, leadership enhancement and development programme organised for Accounting Officers, TESCOM training programme where over 20,000 teachers were trained.

Other milestones include the review of Performance Management System, Review of the Public Service Rules and Regulations as well as payment of 13th month salaries for four consecutive years; prompt payment of pensions to senior citizens on or before the 25th of every month; review of  cases of wrongful dismissal and retirement of Officers between 2011 & 2019; upward review of both car and housing loans to the tune of N750, 000.00 and N3, 000,000.00 respectively

She also mentioned the Merit Award Day Celebration aimed at motivating and rewarding Civil/Public Servants, which has been held for three consecutive years as one of Makinde’s achievements.