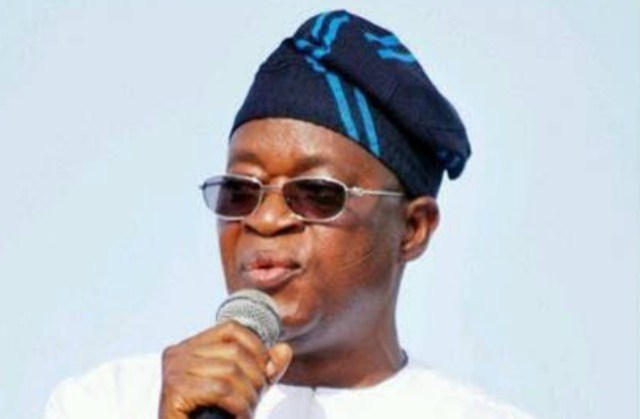 Mr. Adegboyega Oyetola has been sworn in as the new Governor of Osun State.

He was sworn in by the Osun State Chief Judge, Oyebola Ojo, in Osogbo, the state capital on Tuesday.

He therefore takes over administration of the state from Ogbeni Rauf Aregbesola.

Oyetola defeated other candidates, including that of the the Peoples Democratic Party, PDP, Ademola Adeleke, in the election which went into a rerun in September 2018.

He is the fifth governor of the state which was created in 1991.

Married with children, Oyetola was born on September 29, 1954.

He hails from Iragbiji in Boripe local government area of Osun State.

He had his secondary school education at Ifeoluwa Grammar School in Osogbo, and graduated from the University of Lagos, UNILAG, with a B.Sc (Hons) Insurance in 1978 and MBA in Finance in 1990.

The new governor is an associate of the Chartered Insurance Institute, London and Nigeria, and a Member of the Nigerian Institute of Management.

He later set up his own company, Silvertrust Insurance Brokers, in 1990.